2023 is a BUIDL year for crypto gaming 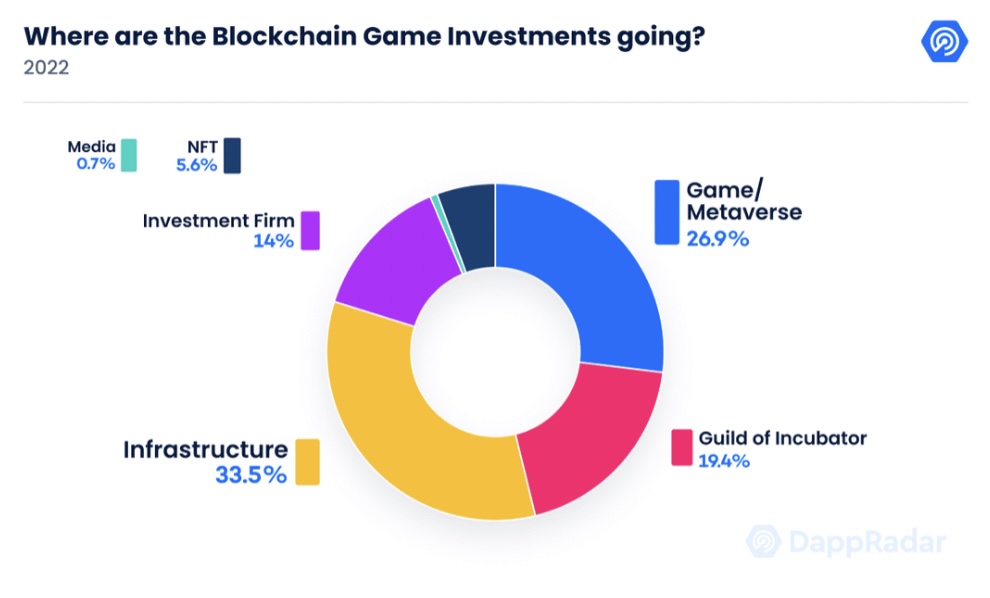 2022 was a huge year for the play-to-earn (P2E) gaming scene. An influx of capital and users was followed by a sharp downturn in blockchain game token prices and a decrease in players — and the market is still reeling. And, with fallout from the FTX disaster reaching into every corner of the industry, play-to-earn’s prospects seem bleak on the surface. But peeking under the hood, the numbers tell a different story: Strong funding this year has set the stage for serious “buidling” in 2023.

A consistent flow of strong raises for Web3 gaming studios has been silently infusing the market with funding for months. In August, UnCaged studios raised $24 million, contributing to nearly $750 million raised by Web3 gaming studios in that month alone. The momentum continued through September when Revolving Games raised $25 million, and October, when Odyssey Interactive, Stardust and SkyWeaver pulled in $19 million, $30 million and $40 million, respectively. Thirdverse raised $15 million for Web3 and virtual reality (VR) games in November;

These numbers directly contradict the plunging asset prices and player enthusiasm about the Web3 gaming space. But even as gamers and tokens falter, venture capitalists are betting big on the future of blockchain gaming. Which studios will win out in the year ahead? And why?

Instead of gambling on speculation, VCs are betting on experience

One noteworthy element throughout the raises that have taken place in recent months is that the majority of studios that have received funding are not conducting seed or pre-seed rounds. Rather, they’re holding Series As.

Of course, there are exceptions to this rule. Some studios have successfully completed seed or pre-seed rounds. But even then, their founding teams have serious gaming experience. For instance, Ruckus Games, which recently raised $5.5 million in seed funding, is a game studio started by former Gearbox and Riot Games developers. This indicates that VCs are focusing on studios with gaming experience — a departure from the early days of Web3 gaming.

During that early period, many Web3 gaming projects received robust funding without having a clear roadmap toward the launch of their products nor founding teams with the proven experience to make it happen. Indeed, the YOLO days of late 2021 and early 2022 are long gone. Today, the studios that are receiving funding already have a level of proven…