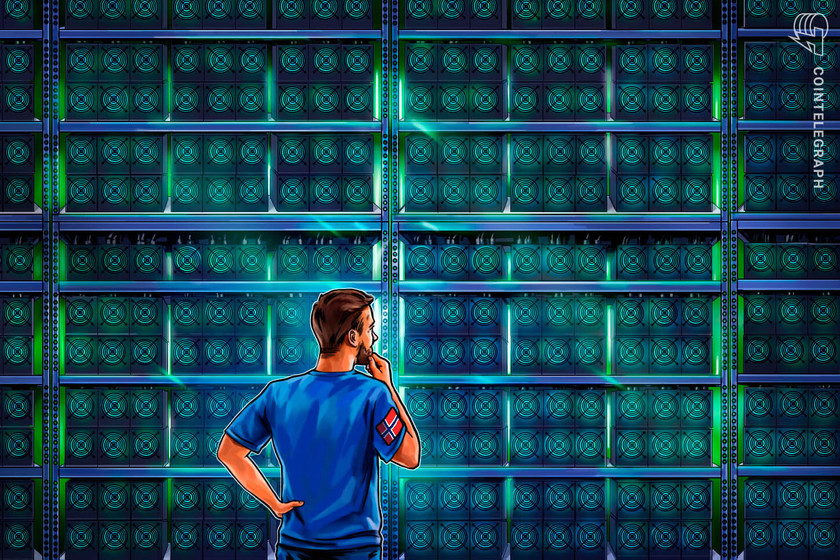 Trygve Slagsvold Vedum, the finance minister of Norway, has suggested the government abolish a scheme that allows crypto data centers to pay a reduced rate on electricity.

In an Oct. 6 announcement, the government of Norway proposed that data centers operating in the country be subject to the same electricity tax rates as other industries, representing a potential change in policy for Bitcoin (BTC) miners. According to the government, the reduced rate should be phased out as the demand for electricity was rising in certain areas.

“We are in a completely different situation in the power market now than when the reduced rate for data centers was introduced in 2016,” said the finance minister. “In many places, the power supply is now under pressure, which causes prices to rise. At the same time, we are seeing an increase in cryptocurrency mining in Norway. We need this power for the community.”

In May, Norway’s Parliament rejected a proposal to ban crypto mining first introduced by the country’s Red Party. Jaran Mellerud, an analyst at Arcane Research, told Cointelegraph at the time that Norway’s political parties would “likely make one more attempt at increasing the power tax specifically for miners” with an outright ban unlikely to happen.

Many BTC mining firms currently operate in Norway, using 100% renewable energy sources and contributing 0.74% of the global Bitcoin hash rate, according to data from the Cambridge Bitcoin Electricity Consumption Index. However, many residents of the Sortland municipality in the north of the country have complained about noise pollution from miners — echoing concerns from lawmakers in the United States.

The proposed elimination of the miner electricity tax rate came following Vedum’s presentation of Norway’s national budget for 2023. According to the finance minister, subjecting miners subj to standard electricity tax rates could bring in more than $14 million in revenue.