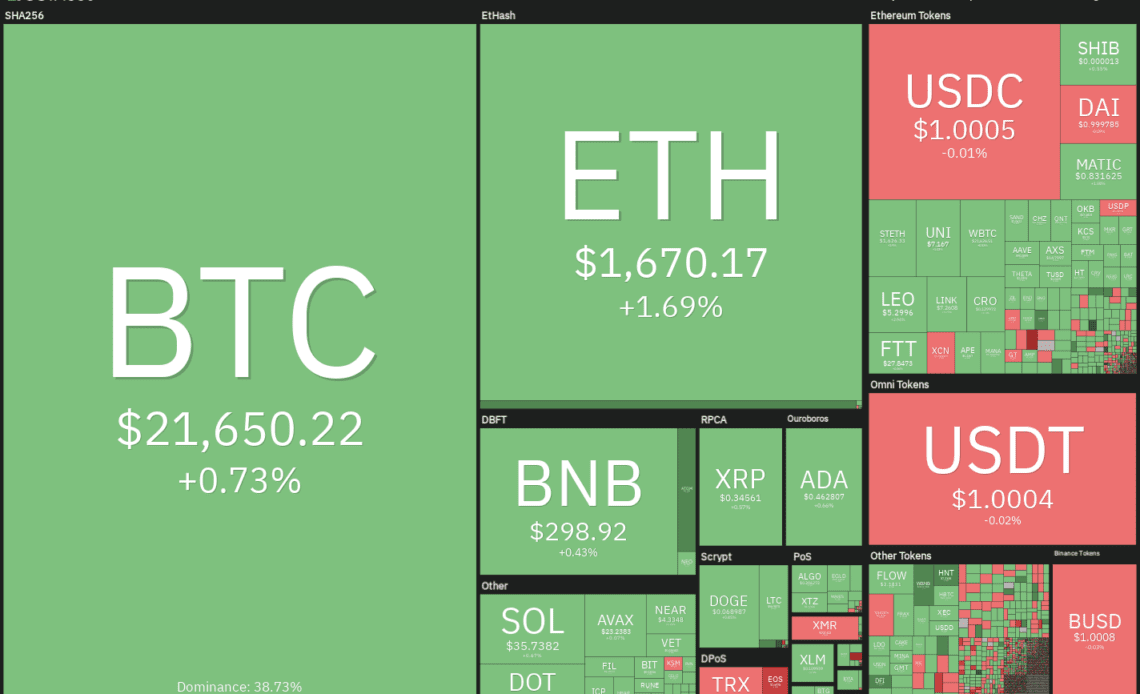 Bitcoin (BTC) and several major cryptocurrencies have been trading sideways as traders avoid taking large bets before the United States Federal Reserve’s Jackson Hole Economic Symposium, which begins on Aug. 25. The volatility is likely to soar as investors get some clarity on the Fed’s stance in the next few days.

On Aug. 23, a team led by Goldman Sachs chief economist Jan Hatzius said that Fed Chair Jerome Powell could sound dovish when he speaks on Aug. 26, reiterating that the central bank may move at a slower pace in future meetings. The analysts expect the Fed to raise rates by 50 basis points in the September meeting, which would be less than the 75 bps hike done in June and July.

Although the short-term price action remains uncertain, on-chain data suggests that Bitcoin may be undervalued it could provide strong returns if history repeats itself. According to Jarvis Labs resident analyst JJ, Bitcoin’s Market Capitalization versus Realized Capitalization indicator reading is at its lowest level since 2015. Bitcoin’s bottom in 2015 and 2019 formed when the indicator reached a low reading, but that has reached extremely low levels in 2022.

What are the critical levels to watch on the upside and the downside? Let’s study the charts of the top-10 cryptocurrencies to find out.

Bitcoin has been trading near the support line of the ascending channel since Aug. 19. Although the bulls have defended the support successfully, they have failed to achieve a strong rebound off it. This indicates that demand dries up at higher levels.

The 20-day exponential moving average ($22,523) has started to turn down and the relative strength index (RSI) is near 41, indicating that bears have a slight edge. If the price breaks below the support line of the channel, the selling could intensify and the BTC/USDT pair could drop to $18,900.

To invalidate this negative view, the bulls will have to push and sustain the price above the moving averages. If they do that, it will suggest that the pair could gradually climb to the resistance line of the channel near $26,000.

If that happens, the ETH/USDT pair could pick up…