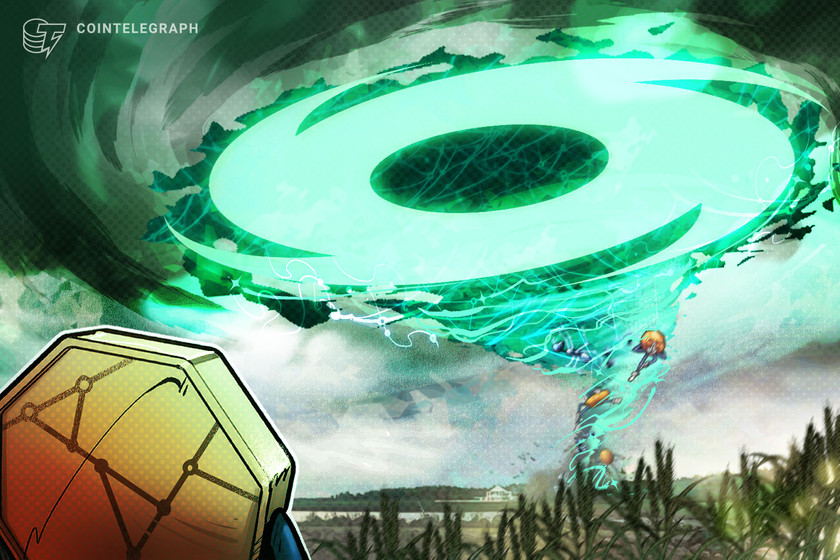 Things have not been looking too good for the crypto market in recent months, with the market seemingly being gripped by one piece of bad news after another. To this point, on Aug. 8, the United States Department of the Treasury’s Office of Foreign Assets Control (OFAC) issued legal sanctions against digital currency mixer Tornado Cash.

As per the regulatory body, since the platform’s inception in 2019, it has been used for a host of illicit money laundering activities estimated to be worth $7 billion. Of this sum, it is estimated that $455 million was controlled by the notorious Lazarus Group, a North Korean state-sponsored hacking group. Additionally, Tornado Cash was also used to launder over $96 million of ill-gotten funds derived from June’s Harmony Bridge hack and $7.8 million from this month’s Nomad heist.

Before proceeding any further, however, it would be best to understand what exactly a cryptocurrency mixer is. Simply put, it is an offering that helps obfuscate potentially identifiable or tainted cryptocurrency funds with others to erase any trails linked with the assets, thus making it impossible for anyone to trace the tokens back to their original source.

On Aug. 12, Alexey Pertsev, the creator of Tornado Cash, was arrested by Dutch authorities. According to a press release issued by the financial crime authority of the Netherlands — the Fiscal Information and Investigation Service — the arrest was made based on Pertsev being involved in the “concealment of criminal financial flows and facilitating money laundering.”

While Tornado Cash can potentially be used by bad actors to hide criminal proceeds, it can and is also be used to facilitate a wide array of legitimate activities. The Dutch police have yet to make it clear as to which exact rules Pertsev broke, even though different media outlets have speculated and offered varying explanations as to why he was arrested. The Tornado creator has yet to be charged with any wrongdoing.

Following Pertsev’s detainment, a mass of protesters gathered in Amsterdam’s Dam Square on August 20 to voice their displeasure with the handling of the matter. And, while the demonstrators did not directly comment on the legal issues surrounding the arrest, they did claim that Pertsev’s arrest signaled a dark future for the fast-growing Web3 ecosystem. Not only that, but they also believe that it could have a chilling effect on the Netherlands’ existing…