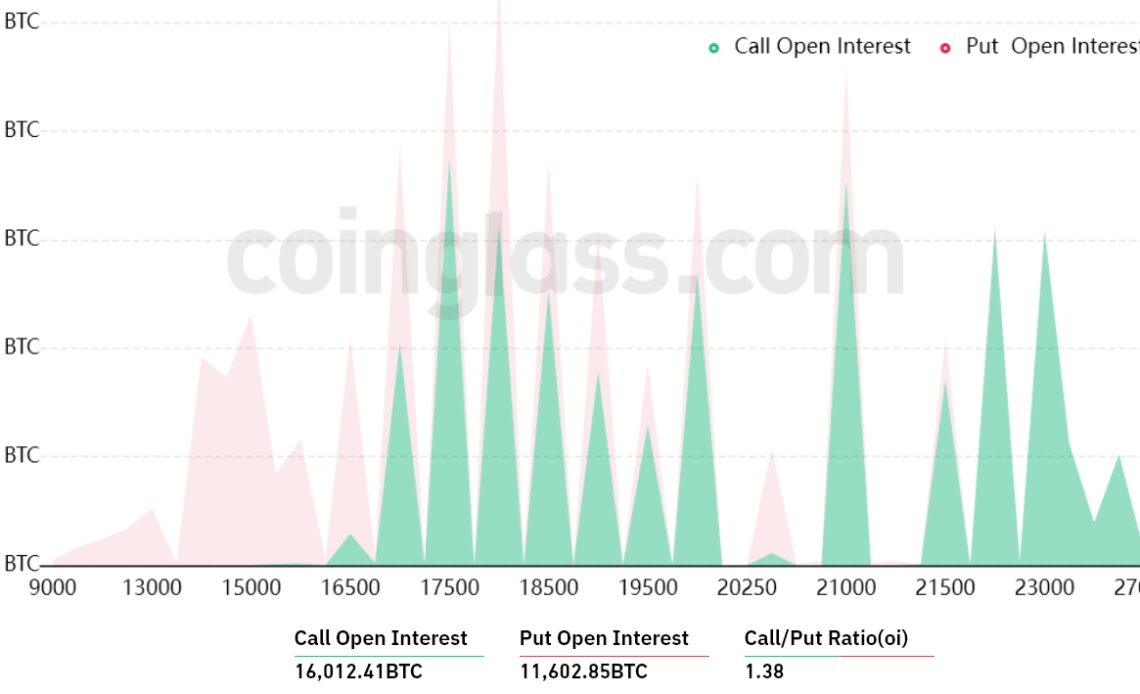 Eurozone inflation also came in at 9.2% year-on-year in December 2022, marking the second consecutive decline from October’s 10.7% record high. A milder-than-expected winter reduced the risk of a gas shortages and softened energy prices, boosting analysts’ hope of a “soft landing.” According to analysts, a soft landing would avoid a deep recession and possibly convince central banks to curb their interest rate hikes.

This week’s Jan. 20, $580 million BTC options expiry looks like an easy win for bulls because the surprise 7-day 23% rally above $21,000 caused most bearish bets to become worthless. The recent move has holders (or hodlers) calling a market bottom and the potential end to the bear market, but the options market might hold the answer.

It might seem like distant reality right now, but Bitcoin was trading below $17,500 just 7 days ago. As the weekly options expiry on Jan. 20 approaches, the bullish bets are about to pay off, while bears will see their options becoming worthless as the deadline looms over them.

Bears’ main hope is the possibility of the U.S. Federal Reserve (FED) raising interest rates by 50 basis points at the next meeting, but that will only happen on Feb. 1. The latest data on U.S. retail sales have shown a 1.1% retreat in December, the second consecutive spending cut. The odds are increasingly favorable for a 25 basis point interest rate increase, signaling that the central bank’s effort to curb inflation is achieving its expected results.

If bulls win on Jan. 20, they will likely add buying pressure and fuel the $20,000 support level.

The open interest for the Jan. 20 options expiry is $580 million, but the actual figure will be lower since bears were decimated after Bitcoin breached $20,000. Bulls are in complete control, even though their payout becomes larger at $21,000 and higher.

The 1.18 call-to-put ratio reflects the imbalance between the $150…