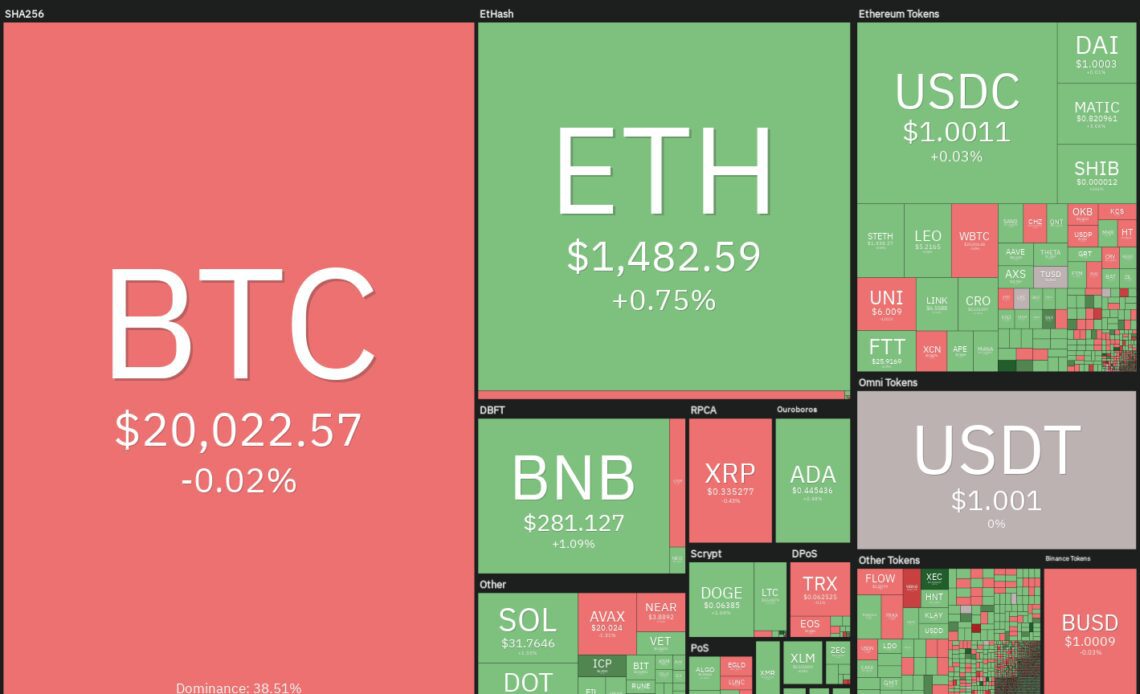 Bitcoin has declined about 14% this month, making it the worst performance for August since 2015 when the price had dropped 18.67%. That may be bad news for investors because September has a dubious record of a 6% average loss since 2013, according to data from CoinGlass.

Although buying in a downtrending market is not a good strategy, traders can keep a close watch on cryptocurrencies that are outperforming the markets because, in case of any turnaround, these are likely to be the first off the block. In a bear market, traders should be patient because they are highly likely to find plenty of opportunities to buy after the market stabilizes.

A weak rebound off a strong support indicates that bulls are hesitant to aggressively buy at the level. The bulls successfully defended the support line for several days but could not push the price above the 20-day exponential moving average ($21,806). This shows a lack of demand at higher levels.

Bears pounced upon the opportunity and pulled the price below the ascending channel on Aug. 26. The 20-day EMA is sloping down and the RSI is near the oversold zone, indicating that bears are firmly in the driver’s seat.

Conversely, if the price breaks below $18,626, the pair could retest the June 18 intraday low at $17,622. The bears will have to sink the price below this level to signal the resumption of the downtrend.