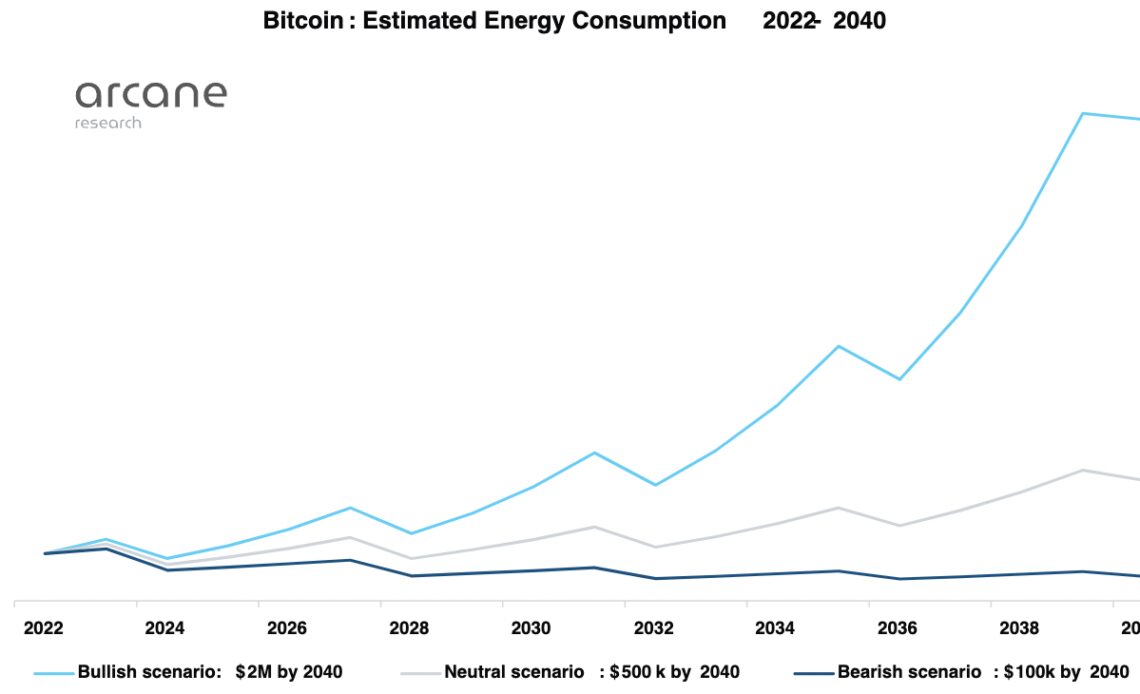 In the neutral scenario, where the prices reach $500,000 by 2040, the energy consumption levels are estimated to be around 223 TWh.

The effects of halving are observable in bearish and neutral scenarios. The bearish scenario implies a 4x increase in the prices. While it would be logical for the energy consumption levels to increase, the estimated consumption levels are lower than present-day levels.

Similarly, the costs increase 20x in the neutral scenario, while consumption levels will be around 2x higher than current levels.

The block subsidy halves every 210,000 blocks, roughly every four years. Due to this, mining’s energy consumption levels will gradually weaken as time passes. The report states:

“In this case, the bitcoin price must be around $650k in 2040 for its energy consumption to be higher than the current.”

While this is a drastic increase from the current 0.05%, it remains low compared to cement production, which consumes 2% of global energy.

In addition to its decreasing energy need, the crypto community is growing bullish on sustainable energy. The community has been finding ways to