Bitcoin mining in a university dorm: A cooler BTC story 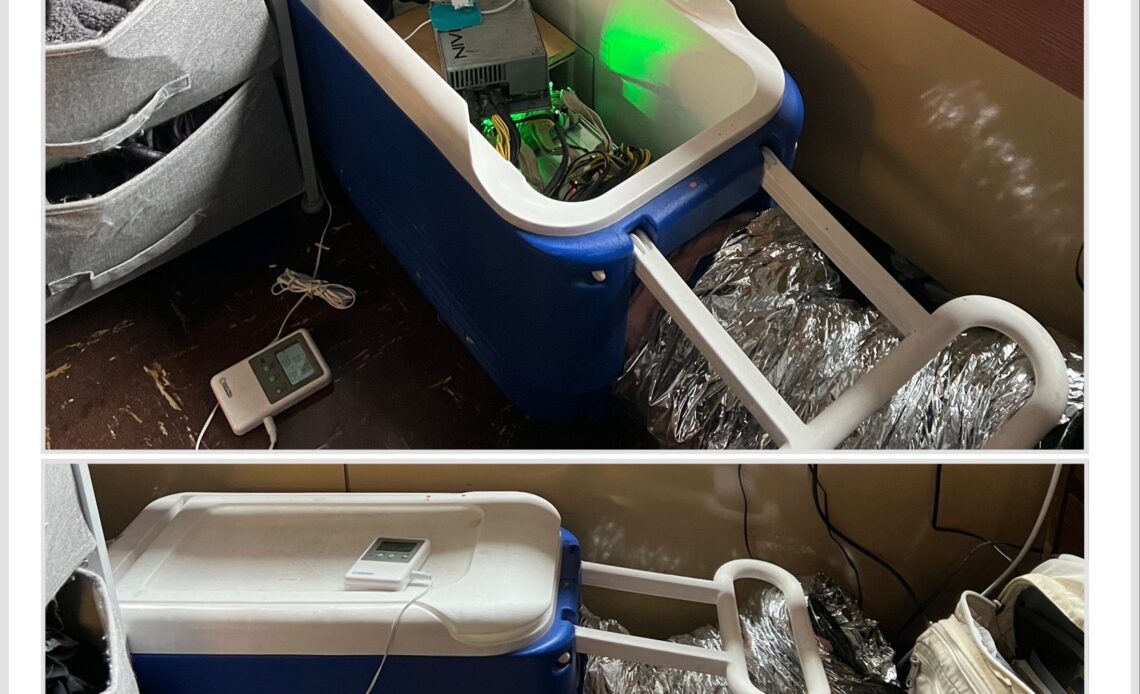 The humble university dorm is a place for students taking their undergraduate degrees to study, rest, make new friends, host wild dorm parties and, of course, mine Bitcoin (BTC).

A master’s student in market research and self-described “data guy,” Blake Kaufman, has hooked up an S9 Bitcoin miner to the Bitcoin network.

He won the S9 miner in a raffle at a mid-Michigan Bitcoin meetup and immediately set about learning how to use it.

Blake has consistently shown up to every https://t.co/2Q6OuIwW4O event with at least one friend, a tremendous attitude, and unmatched enthusiasm.

Glad you won the S9 raffle!

Hash away at those KYC free sats, and enjoy the heat this winter! https://t.co/AQNzDjnDGC

During a video call with Cointelegraph, Blake joked that he knew next to nothing about mining prior to the raffle. The moment he won, he raced to the nearest place offering a power cable and an ethernet connection to try it out, his dad’s office.

“We turned it on, never hearing one [an S9] before. And if you know, when they start, they immediately rev up to 100% and we’re all just in the room like — oh my gosh — this thing is loud! We ran it for probably two hours and we walked into that office and it was hot.”

The hot and noisy realization kicked his brain into gear. The Michigan winter was fast approaching and his university provides free electricity. Why not mine Bitcoin from a dorm and take advantage of the waste heat? There was one minor but audible hurdle to overcome. “How can we fix the noise,” he questioned.

“I just looked up online, like, how to noise cancel S9, and this picture of a cooler on Pinterest popped up. Me and my Dad were like, ‘Let’s build it. Why not?’ So we bought a $5 cooler on Facebook Marketplace and we had the tubes in our attic and we spent about two hours drilling holes and it ended up working.”

The pair constructed the Bitcoin mining cooler box, which now takes up residence in Blake’s dorm. The finished product would not look out of place in any dorm room and is “actually quieter than an air conditioning unit,” he explains.

But aren’t there rules against this sort of thing at university? Won’t the energy-hungry Bitcoin miner put a dent in the university’s electricity overhead?