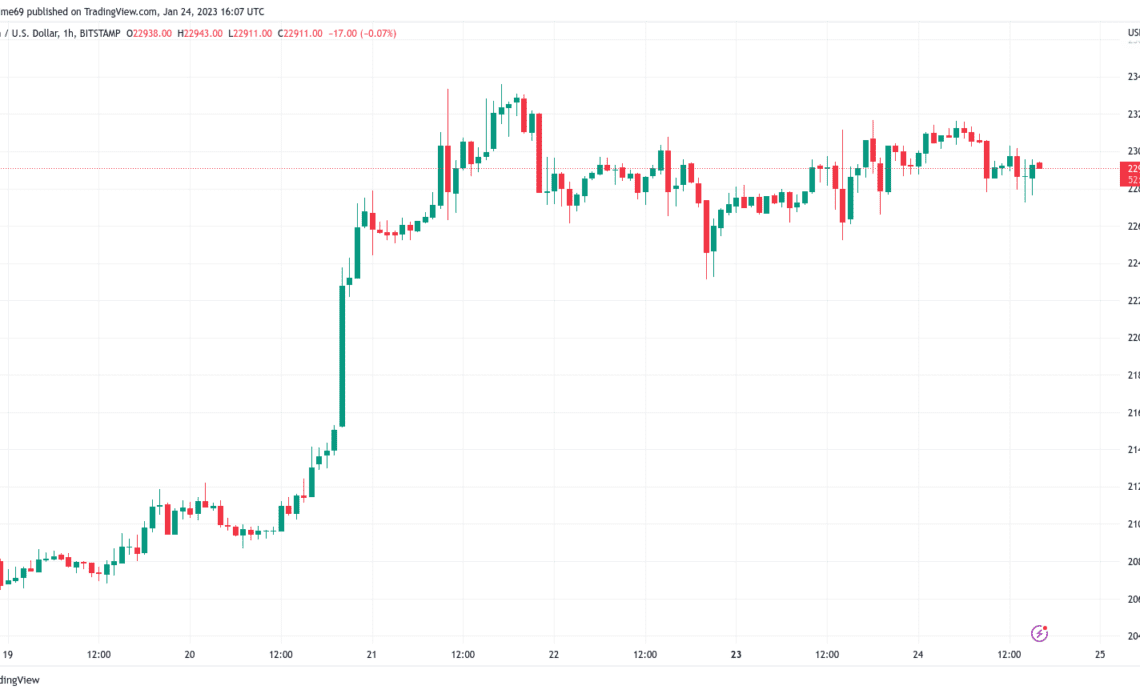 Bitcoin (BTC) traded sideways at the Jan. 24 Wall Street open with analysts at a loss over where price would go next.

Data from Cointelegraph Markets Pro and TradingView tracked a day of consolidation for BTC/USD, which continued to linger near $23,000.

The pair saw little reaction to the start of trading, including technical problems at the New York Stock Exchange, while United States macroeconomic data also failed to change the status quo.

“If we continue to make LHs, we’ll probably test and sweep around $22.3K before continuation. Grants some serious buying opportunities.”

A subsequent Twitter survey showed just how torn the average market participant was regarding where the market might head next. At the time of writing, 47.8% of around 4,000 responses agreed that a correction should take place on Bitcoin, with the remaining 52.2% betting on a trip to $25,000.

“Choppy price action without a clear pattern or direction,” trader Daan continued alongside a chart with targets.

“On the intra-day I’m mainly watching these white area’s being the high volume nodes together with the Daily and Weekly open. Expansion above 23.1 and below 22.6K. Chop until then.”

Earlier, Cointelegraph had reported on the significance of the surrounding area, this being a site for short liquidations with Bitcoin’s 200-week moving average above.

Bitcoin sends hodlers into the black

Zooming out, it was on-chain analytics firm Glassnode which was cautiously optimistic about the significance of the BTC price breakout.

In hitting current levels, it noted, BTC/USD had surpassed three key trend lines in one fell swoop, this not occurring since March 2020.

“The recent surge in Bitcoin price…