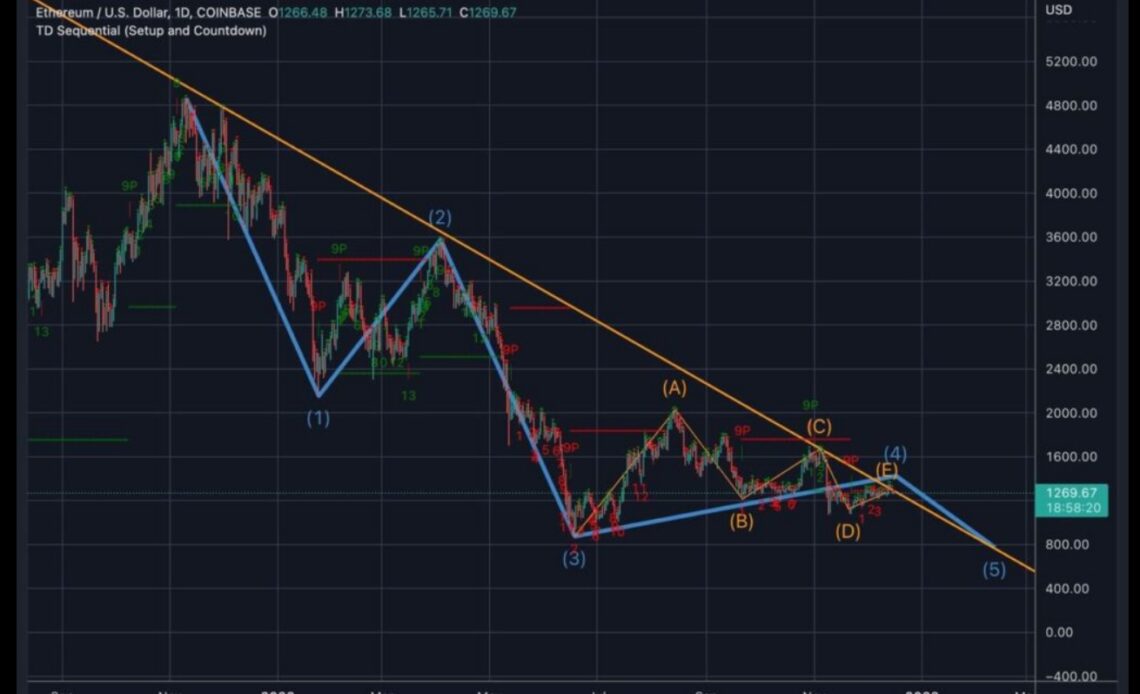 Bitcoin (BTC) may gain another 50% before seeing a mass sell-off to complete its bear market, new research predicts.

In the latest edition of its regular markets newsletter, “The Crypto Circular,” trading firm QCP Capital delivered a grim warning to those who believe that crypto winter is over.

Bitcoin has surprised by retaining new support levels abruptly reclaimed in its week-long bull run, so far topping out at $21,650.

Despite widespread suspicion over the “choreographed” move, BTC/USD has nonetheless clawed back key trend lines and psychological price points.

For QCP, there is still plenty of fuel to send the pair higher, but that still does not mean that the bear market overall is done and dusted.

“Make no mistake, what we are seeing now in risk markets are characteristic of Wave 4s,” it wrote.

“We are sticking with our view that this bounce since November 2022 lows, is just a Wave 4 correction and we have a final Wave 5 selloff to go.”

Such a final capitulation would be no joke; Wave 5, a previous chart from December showed, would mean both Bitcoin and Ether (ETH) potentially dropping to below their 2022 floor.

“The extension we are currently seeing so far in 2023 falls within the parameters of the Wave 4, even if it has broken some near-term technical levels to the topside, thereby increasing bullish momentum,” the newsletter continued.

Elliott Wave theory states that the 20%, 38.2% and 50% Fibonacci retracement levels are of particular importance in Wave 4. Since Bitcoin has already corrected almost 20% from the recent macro lows, two remaining price targets are now in play: $27,100 and $31,850.

“Technically until these levels are broken, Wave 4 is still in play and a final Wave 5 for these markets that break the lows should not be ruled out,” QCP said.

“Without a doubt, the pain trade is lower right now.”

As Cointelegraph reported, Bitcoin has swapped its “up only” trading behavior for some much-needed consolidation in recent days.

This was helped by panic centered on the United States’ takedown of crypto exchange Bitzlato, this coming amid fresh…