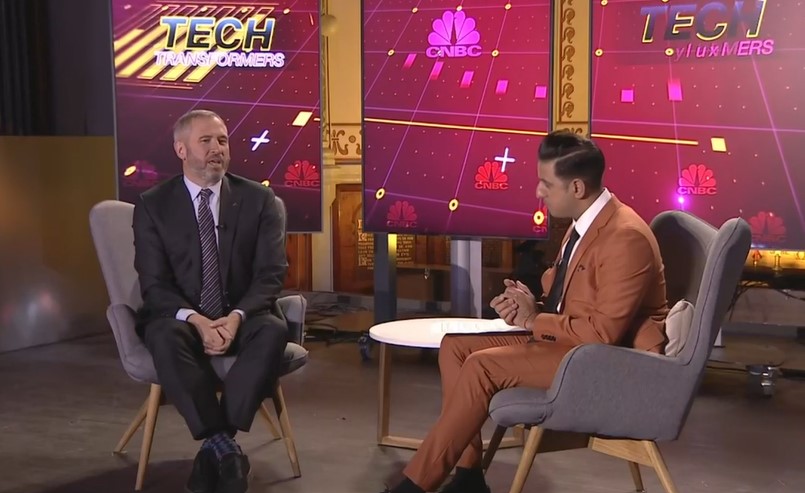 Ripple CEO Brad Garlinghouse expects the firm’s long-running dispute with the Securities Exchange Commission (SEC) will be finalized within “single-digit months” and remains confident in securing a favorable outcome.

Speaking to CNBC on Jan. 18 at the World Economic Forum in Davos, Switzerland, Garlinghouse said the verdict could come as soon as June this year now that both parties have “fully filled and fully briefed” their arguments before the U.S. District Court:

“We expect a decision from a judge certainly in 2023. You don’t really have control over when a judge makes their decisions. But I’m optimistic that sometime in the coming single digit months we’ll have closure there.”

While Garlinghouse and investors believe the facts, law and the court will ultimately side with Ripple, the Ripple CEO also took the opportunity to ridicule the SEC’s “embarrassing” behavior displayed throughout the lawsuit, noting:

“The SEC’s behavior in some of it has been embarrassing as a U.S. citizen. Just some of the things that have been happening, like you’ve got to be kidding.”

Garlinghouse also argued the firm was betrayed by the regulator, as it filed the lawsuit despite their efforts to meet with them on three separate occasions seeking regulatory clarity:

“Not once did they say to me we think XRP may be a security. So to later go back and say hey the whole time we thought XRP was a security we just didn’t tell you… that doesn’t feel like a genuine partnership between public sector and private sector.”

While noting that the outcome of the case also has huge implications for the cryptocurrency industry, Garlinghouse reiterated that Ripple would only settle if it was made clear that XRP is not a security.

However, “the SEC and Gary Gensler has very outwardly said he views almost all crypto as a security” Garlinghouse said, “so that leaves very little space in the Venn diagram for settlement,” he added.

Garlinghouse added that the U.S. SEC should take note from some of the more crypto-friendly countries who are piecing together more “positive” regulation that doesn’t stifle innovation.

Among the countries he spoke highly of included the the United Arab Emirates, Japan, Singapore, Switzerland and the U.K.

The lawsuit was initiated by the SEC in December…