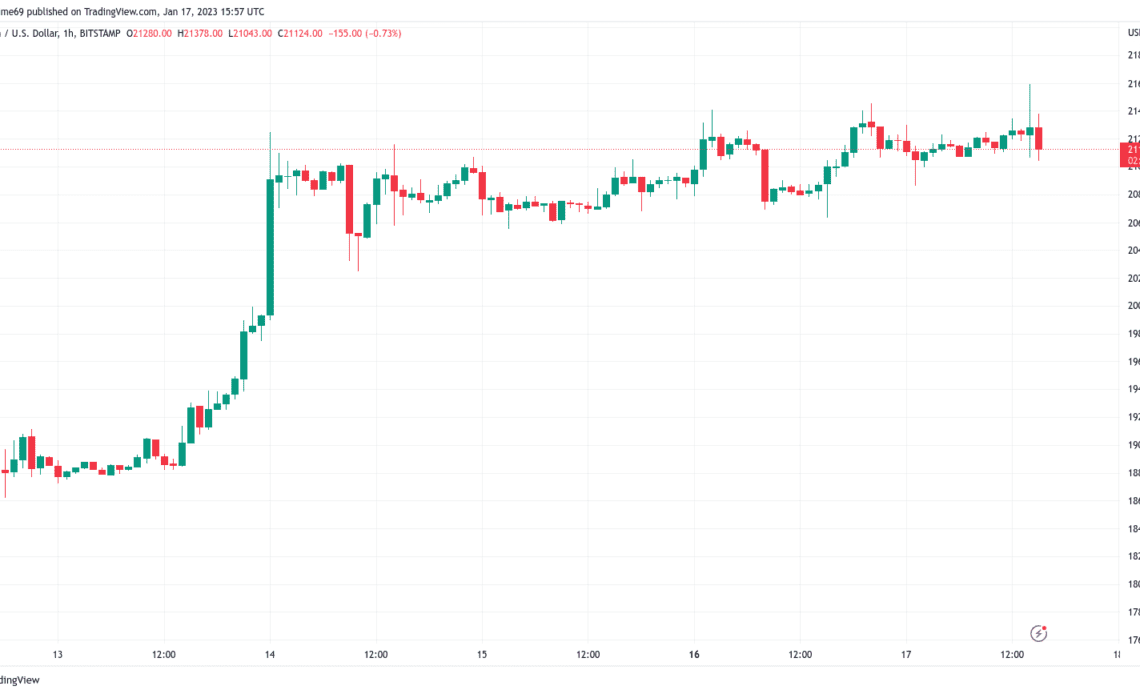 As bullish impulses continued to hit the chart, reactions stayed conservative amid an atmosphere of suspicion over the true source of Bitcoin’s return to form.

One such cautious take came from Michaël van de Poppe, founder and CEO of trading firm Eight, who eyed behavior around a key exponential moving average (EMA) across crypto.

“Markets are bottomed out, most likely, but gives a question whether we’ll be rallying from here.”

Popular trader Crypto Tony meanwhile advised “patience” when it came to going long BTC after more than a week of upside.

As Cointelegraph reported, bearish predictions for the future of BTC price action accompanied each stage of its surge from its lowest levels in two years, these including a call for $12,000 to appear next.

Current responses to our latest Twitter survey favor the gains continuing, with 37% of more than 1,000 users believing Bitcoin is back on its trip “to the moon.”

Another 22%, however, fear current bullishness turning around to end in a “total crash.”

What’s your prediction for the market this week?

Elsewhere, on-chain analytics firm Glassnode suggested a “wait and see” approach while discussing how long the good times might last.

In the latest edition of its weekly newsletter, “The Week On-Chain,” researchers eyed key lines in the sand approaching for profitability versus supply.