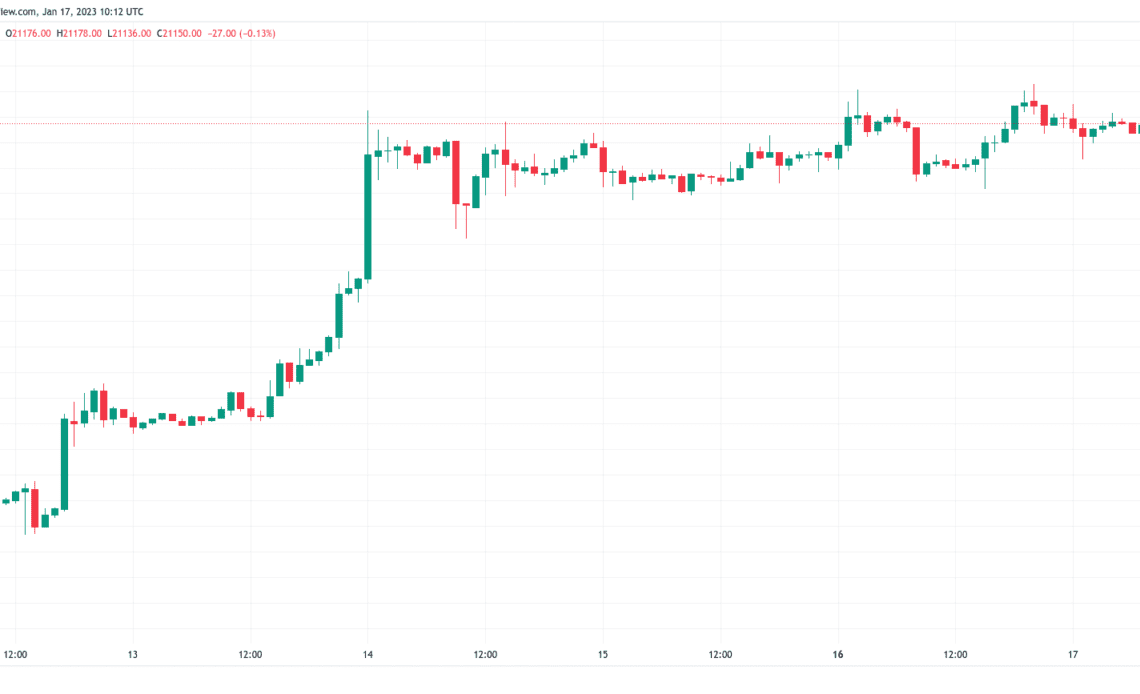 Data from Cointelegraph Markets Pro and TradingView followed BTC/USD as it consolidated above $21,000 after hitting $21,455 on Bitstamp.

That marked the pair’s highest point yet in 2023, the latest accomplishment in a bullish recovery unchallenged since the FTX debacle.

Amid widespread mistrust of the move, however, fresh warnings arose as Bitcoin continued to defy predictions of a major retracement.

“Been expecting the block of bids placed Fri the 13th to rug, but it’s attracted over 2x the amount of bid liquidity into the range, which is short term bullish,” it commented.

“IMO, this move seems choreographed. Not fighting it, but limiting exposure to manage risk.”

As Cointelegraph reported, whales were already in the spotlight after mass buying ensued last week.

“They are trying to attract more bids to exploit the thin upside liquidity,” Material Indicators added.

“We could debate 100 different strategic reasons why, but the net effect of big increases in bid liquidity is the same, at least until we retest the local lows and they start rugging support.”

“Deribit’s book looks interesting. It’s not often so skewed to one side,” it argued.

Doubts over the rally’s staying power meanwhile extended beyond exchanges.

The reason, it said, was due to BTC moving back to exchanges for sale, while stablecoin supplies dwindled.

“Such increase in selling pressure along with…