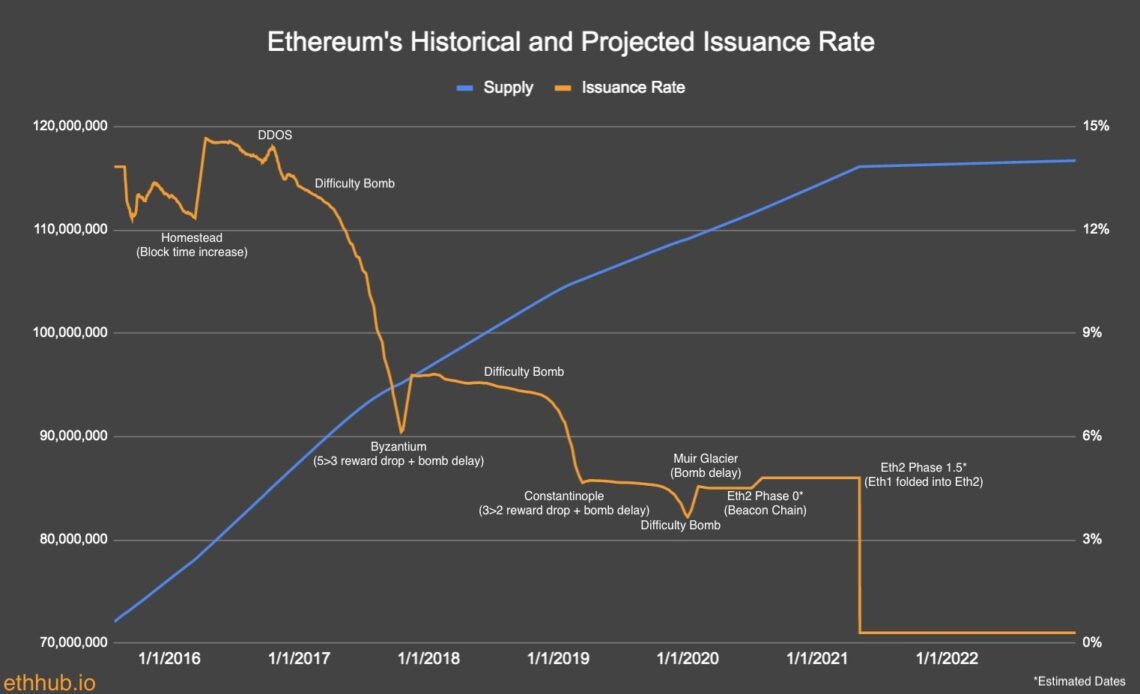 Bitcoin (BTC) and Ether (ETH), the top two cryptocurrencies by market capitalization have always been pitted against each other. With the start of the new year, the first debate has surfaced comparing BTC’s capped supply of 21 million and ETH’s deflationary supply and which of the two qualifies as more sound money.

An Ethereum-focused Twitter handle called ‘ultra sound money’ compared the issuance supply of both crypto and suggested that “if capped-supply BTC is sound then decreasing-supply ETH is ultrasound.”

if capped-supply BTC is sound

The comparison between the two didn’t sit well with Bitcoin proponents who were quick to point out that soundness comes from the credibility of the monetary policy and not an ever-changing one. Dan Held, a popular Bitcoin proponent pointed out the flaw in the argument and noted that a constantly changing one has less credibility. He said:

“Time builds trust with humans, it’s not all about code. According to your logic, if we spun up another crypto with more deflation, that would be “sounder.”

Another Bitcoin proponent questioned the credibility of Ethereum’s monetary policy, reminding that the same monetary policy has “changed a least 11 times in its 7 years of existence.” On the other hand, Bitcoin has not changed its monetary policy in double the time eth has existed.

Ether became deflationary in Aug. 2021 with the introduction of the Ethereum Improvement Proposal (EIP)- 1559. The upgrade introduced a burn mechanism that automatically burns a portion of the transaction fee which decreases the overall ETH circulating supply.

In response to the argument by Alex Gladstein that said “admins” can arbitrarily change Ethereum’s monetary policy, Independent Ethereum educator Anthony Sassano claimed that every change on the Ethereum network has been approved by the thousands of node operators run by community members.

The term “admins” implies that there is a small group with superuser powers that can change things on Ethereum which is completely false and has been proven false many times.