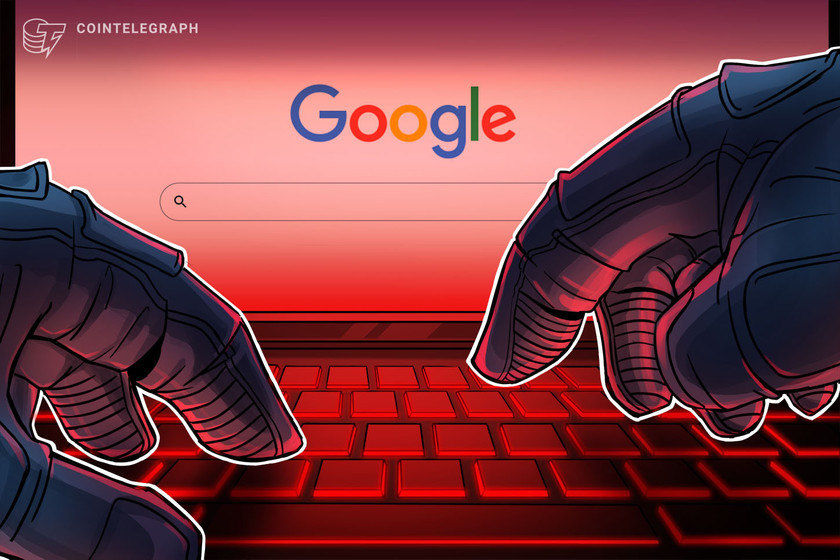 An NFT influencer claims to have lost “a life-changing amount” of their net worth in nonfungible tokens (NFTs) and crypto after accidentally downloading malicious software found in a Google Ad search result.

The pseudo-anonymous influencer known on Twitter as “NFT God” posted a series of tweets on Jan. 14 describing how his “entire digital livelihood” came under attack including a compromise of his crypto wallet and multiple online accounts.

Every account connected to me both personally and professionally was hacked and used to hurt others.

Less importantly, I lost a life changing amount of my net worth

NFT God, known also as “Alex” said he used Google’s search engine to download OBS, an open-source video streaming software, instead of clicking on the official website, he clicked the sponsored advertisement for what he thought was the same thing.

It wasn’t until hours later after a series of phishing tweets posted by attackers on two Twitter accounts Alex operates that he realized malware was downloaded from the sponsored advertisement alongside the software he wanted.

Following a message from an acquaintance, Alex noticed his crypto wallet was also compromised. The day after, attackers breached his Substack account and sent phishing emails to his 16,000 subscribers.

Then I get the DM I’ve been dreading. “Dude you WETH’d your ape?”

I pop open the Opensea bookmark of my ape and there it is. A completely different wallet listed as the owner.

I knew at that moment it was all gone. Everything. All my crypto and NFTs ripped from me

Blockchain data shows at least 19 Ether (ETH) worth nearly $27,000 at the time, a Mutant Ape Yacht Club (MAYC) NFT with a current floor price of 16 ETH ($25,000) and multiple other NFTs were siphoned from Alex’s wallet.

The attacker moved most of the ETH through multiple wallets before sending it to the decentralized exchange (DEX) FixedFloat, where it was swapped for unknown cryptocurrencies.

Alex believes the “critical mistake” that allowed the wallet hack was setting up his hardware wallet as a hot wallet by entering its seed phrase “in a way that no longer kept it cold,” or offline which allowed hackers to gain control of his crypto and NFTs.

Related: Navigating the World of Crypto: Tips for Avoiding Scams