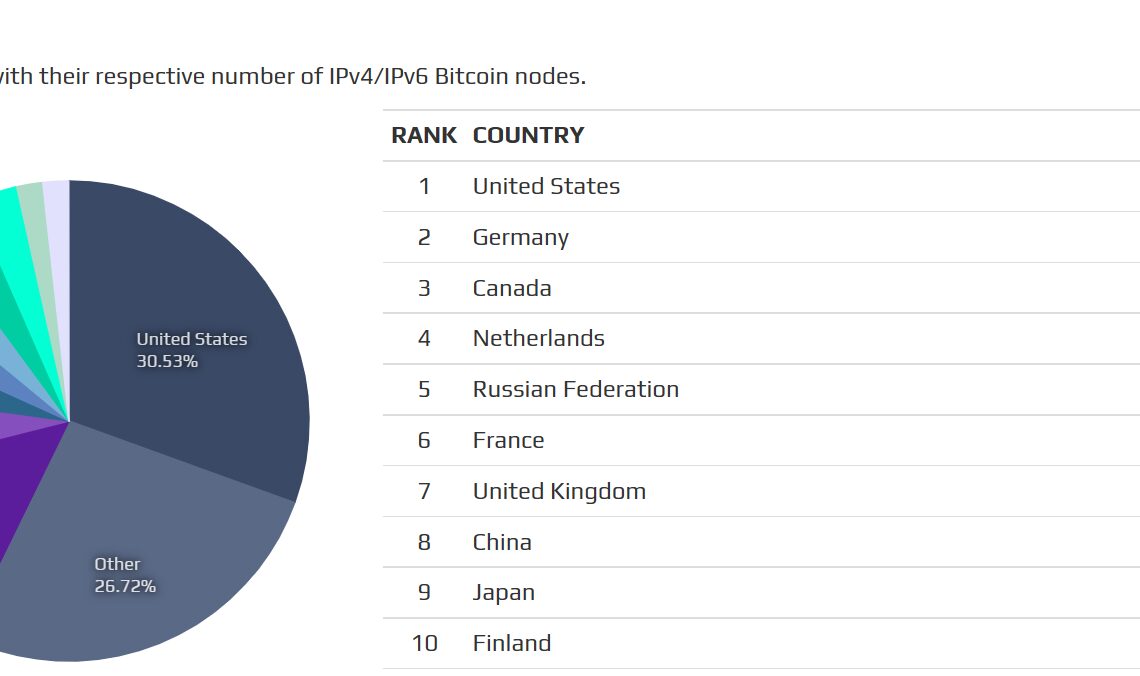 While the United States holds the biggest share in Bitcoin (BTC) hash rate contribution and ATM network, the city hosting the most number of reachable Bitcoin nodes — the biggest pillar of the Bitcoin system — is Frankfurt, Germany.

A Bitcoin node represents a computer system that works with other decentralized computers to help validate and relay Bitcoin blocks and transactions. Out of the total 43706 nodes hosted across 134 countries, the U.S. hosts 9999 or 30.53%, while Germany ranks second with 4529 (13.83%) nodes, confirms data from Bitnodes.

However, when it comes to the contribution of individual cities, Frankfurt was found to host the largest number of IPv4/IPv6 Bitcoin nodes at the time of writing. Nearly 2% or 652 nodes remain active in Frankfurt. In the second spot is Ashburn, U.S., with 517 (1.58%) nodes, as shown below.

Due to factors such as ISP firewalls and private networks, nearly 18% or 5865 Bitcoin nodes were not attributed to any specific location — aiding Satoshi Nakamoto’s vision for a truly decentralized payments system. The top 10 cities with the highest Bitcoin nodes include Helsinki, Toronto, London, Amsterdam, Moscow, Tokyo, Dublin and Nuremberg.

Distributed across 5773 cities worldwide, over 60% and 14% of the nodes run on IPv4 and IPv6 protocols, respectively, while more than 25% run anonymously on .onion.

Amid skyrocketing hash rates and increased adoption, the growth of the Bitcoin ATM network seemed stagnant over the past six months.