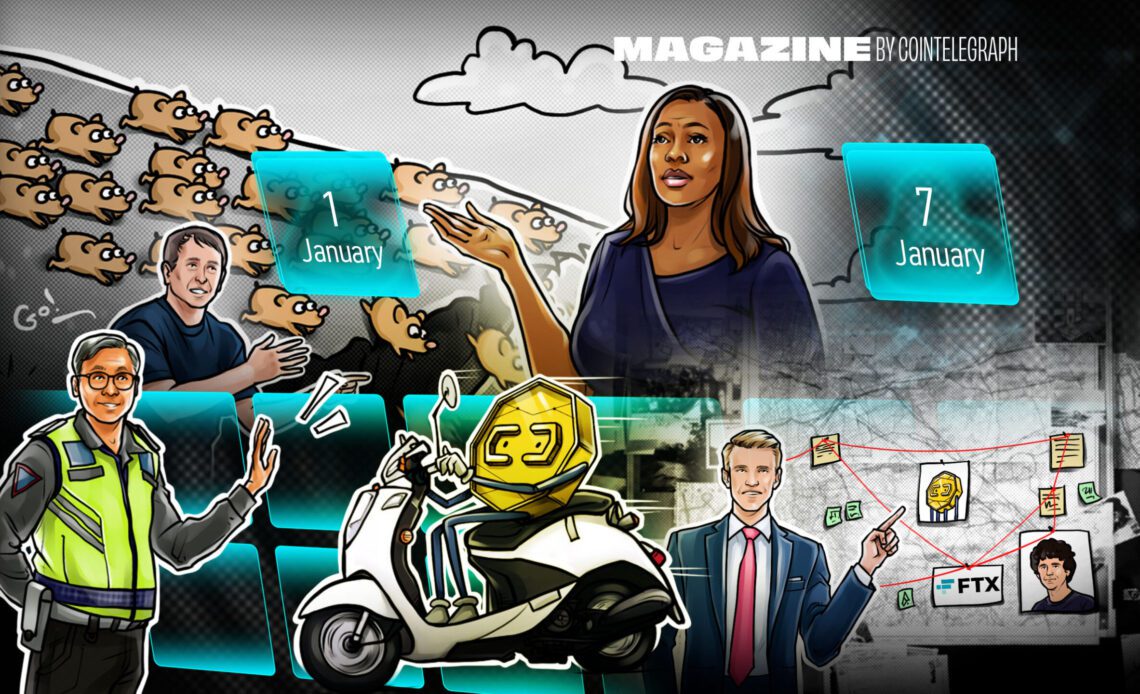 Former FTX CEO Sam Bankman-Fried (has pleaded not guilty to all charges related to the collapse of the crypto exchange, including wire fraud and securities fraud. He faces eight criminal counts, which could result in 115 years in prison if convicted. Furthemore, a petition has been filed by Bankman-Fried’s legal team asking a court to redact and not disclose certain information on individuals acting as sureties for his $250-million bond, alleging threats against his family.

A task force organized by the Southern District of New York has been formed to track and recover missing customer funds as well as investigate and prosecute the collapse of crypto exchange FTX. A similar effort had already been underway by FTX’s new management, which hired financial advisory company AlixPartners in December to conduct “asset-tracing” for missing digital assets.

Blockchain games take on the mainstream: Here’s how they can win

Should crypto projects ever negotiate with hackers? Probably

The United States Securities and Exchange Commission (SEC) has filed a “limited objection” against Binance.US’s proposal to acquire the assets of bankrupt firm Voyager Digital. In its offer, Binance.US pledged $1 billion to purchase the assets, but the SEC raised concerns about the company’s ability to fund the deal, suggesting that Binance’s global unit would be required to support the acquisition.

In response to violations of New York’s financial services and banking laws, crypto exchange Coinbase will pay a $50 million fine and invest $50 million to correct its compliance program. According to the financial regulator, the crypto exchange had many compliance “deficiencies” related to Anti-Money Laundering requirements, particularly regarding onboarding and transaction monitoring.