What events moved the industry forward? 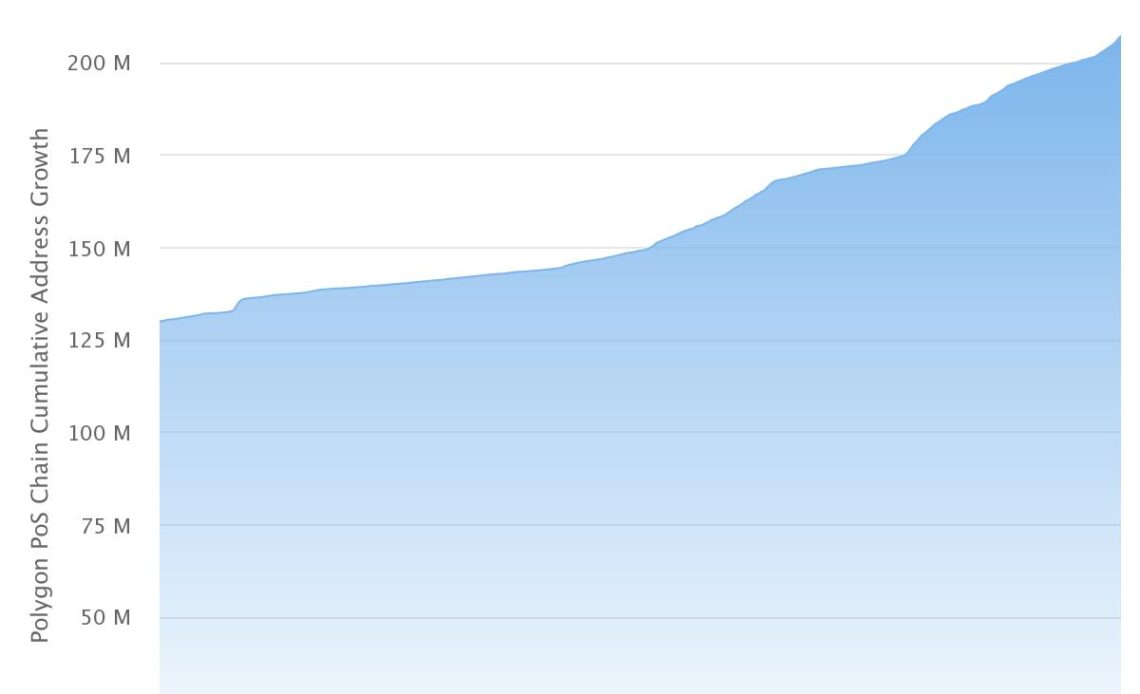 It’s no secret that the crypto market was gripped by bearish pressure for the entirety of 2022. However, amid all the volatility and chaos, many positive news stories appeared as well — especially regarding the global adoption of digital assets and crypto-related technologies in general.

Looking back at 2022, here are some key adoption-related events that helped drive the industry last year.

Even though an air of financial uncertainty has shrouded the crypto market since the end of 2021, Polygon — a layer-2 scaling solution running alongside the Ethereum blockchain, allowing for speedy transactions and low fees — continued to witness a lot of growth in 2022. To this point, the network’s unique address count recently surpassed the 200 million mark, reaching a new all-time high of 205,420,908 on Dec. 31.

Additionally, the Polygon ecosystem saw its unique address count surge by a whopping 8,783,568 between Dec. 1 and Dec. 31, suggesting that over the last month of 2022 alone, an average of 283,340 new Polygon-related network addresses came into existence daily. Moreover, it bears mentioning that the number of transactions taking place within the network has continued to hover around the 3 million mark.

Lastly, the proof-of-stake project recently announced the release of its final testnet, an improved iteration of its zero-knowledge Ethereum Virtual Machine.

The nonfungible token (NFT) market and the metaverse industry have continued to pique the interest of several fashion and luxury brands. For example, in October, Rolex — a popular watch matchmaker with a global presence — filed for multiple NFT-related trademarks in addition to one for a cryptocurrency exchange. Popular sporting goods giants such as Reebok, Nike and Adidas also made similar moves.

Nike launched a metaverse venture called .Swoosh, a Web3-enabled platform where customers can buy and sell virtual products. The platform will reportedly initially look at community building while hosting the launch of the company’s first virtual collection — comprising footwear, apparel and accessories — sometime during January 2023. Upon its launch, the platform will only allow the use of cash, not digital currencies, with all transactions recorded on the Polygon blockchain.