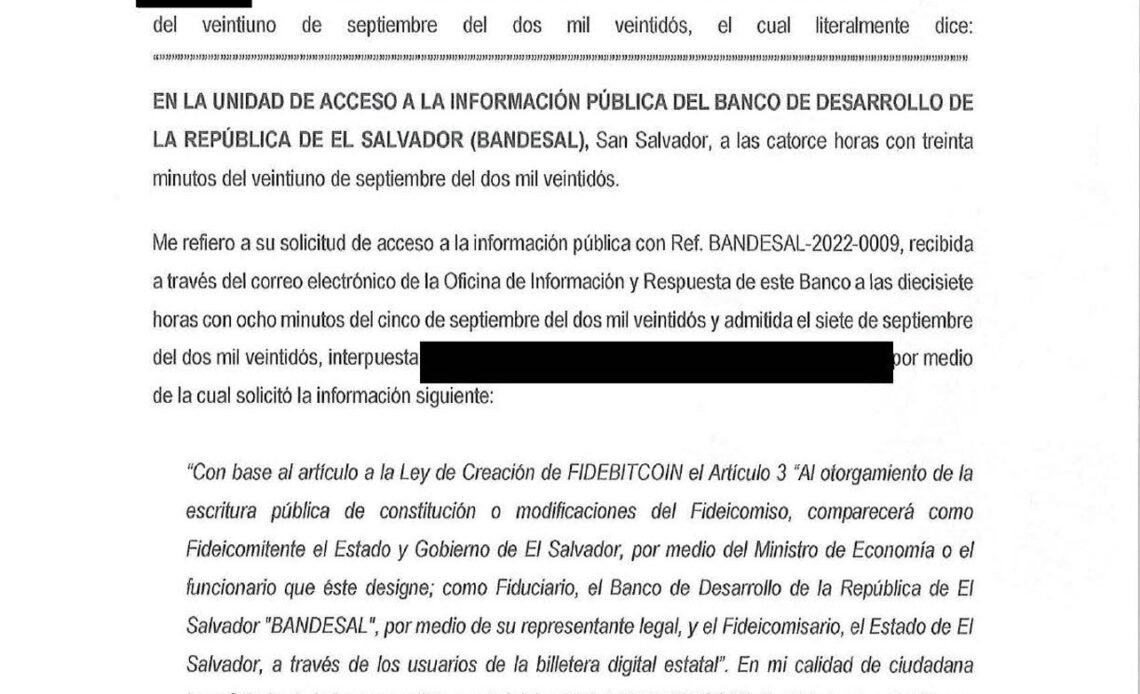 As a development bank for El Salvador, BANDESAL created a $150 million trust fund to guarantee the convertibility to dollars for citizens and merchants. The request for disclosure of El Salvador’s Bitcoin acquisition was denied on the grounds of confidentiality.

ALAC El Salvador refuted the denial by highlighting that the BTC purchases were made using public funds. Their official statement translated to:

“The confidentiality limits the possibility for citizens to access and receive information on the operations carried out with public funds by BANDESAL.”

In its refusal statement, BANDESAL said that no information related to the Bitcoin Trust (FIDEBITCOIN) could be shared by the trustee or its board of directors to safeguard national interests.

Publicly available information hints that El Salvador purchased 2,301 BTC to date, which has fallen in value over the past year from $103.9 million to roughly $45 million.

Adding on to the country’s piling pressure to suffice its year-long Bitcoin purchases, Spain took over El Salvador’s spot to become the third-largest crypto ATM hub in the world.