How FDIC insurance could bring Bitcoin to the masses 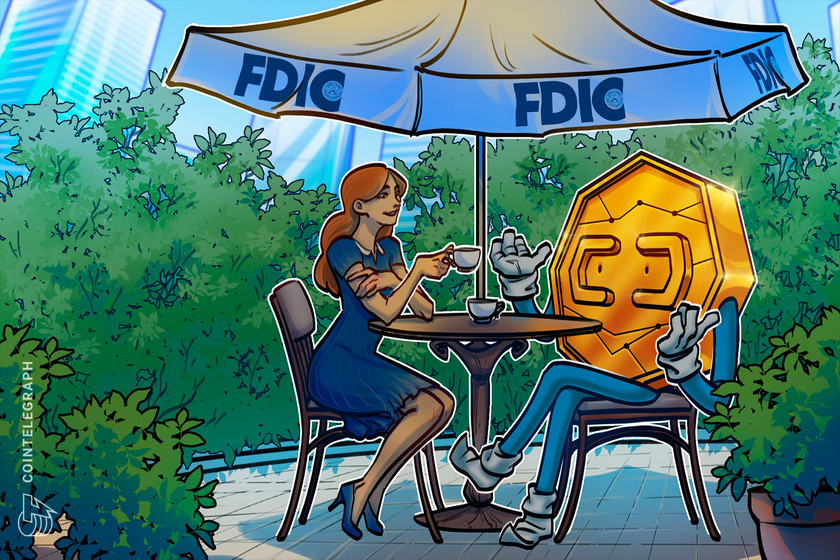 Over the years, several cryptocurrency companies have claimed that deposits with them were insured by the United States Federal Reserve and the Federal Deposit Insurance Corporation (FDIC) as if they were regular savings accounts. While so far, no crypto firm has been able to offer depositors this type of insurance, some speculate it could be the key to mass adoption.

The most notable case is that of bankrupt lender Voyager Digital, which saw regulators instruct it to remove “false and misleading statements” regarding FDIC insurance. Crypto exchange FTX has been a beacon of hope looking to backstop contagion in the cryptocurrency industry, but it received a cease-and-desist letter from the FDIC to stop suggesting user funds on the platform were insured.

As it stands, even major players in the cryptocurrency space aren’t FDIC-insured. Coinbase, for example, details on its pages that it carries insurance against losses from theft but is not an FDIC-insured bank and that cryptocurrency is “not insured or guaranteed by or subject to the protections” of the FDIC or Securities Investor Protection Corporation (SIPC).

The exchange, however, points out that “to the extent U.S. customer funds are held as cash, they are maintained in pooled custodial accounts at one or more banks insured by the FDIC.” Speaking to Cointelegraph on the subject, a Coinbase spokesperson only said she can confirm “that Coinbase is aligned with the latest FDIC guidance.”

So what is FDIC insurance, why is it so sought-after in the cryptocurrency industry and why does it remain so elusive?

What is FDIC insurance?

The FDIC itself was created amid the Great Depression in 1933 to boost the financial system’s stability following a wave of bank failures during the 1920s and has managed to protect depositors ever since.

“FDIC insurance is basically a layer of protection that covers one individual for up to $250,000 and its a backing that’s given by the United States government. It says ‘look, if this company goes bankrupt, we will guarantee your account to the value of $250,000 per person, per company.’”

So, if an FDIC-insured financial institution fails to meet its obligations to customers, the FDIC pays these amounts to depositors up to the…