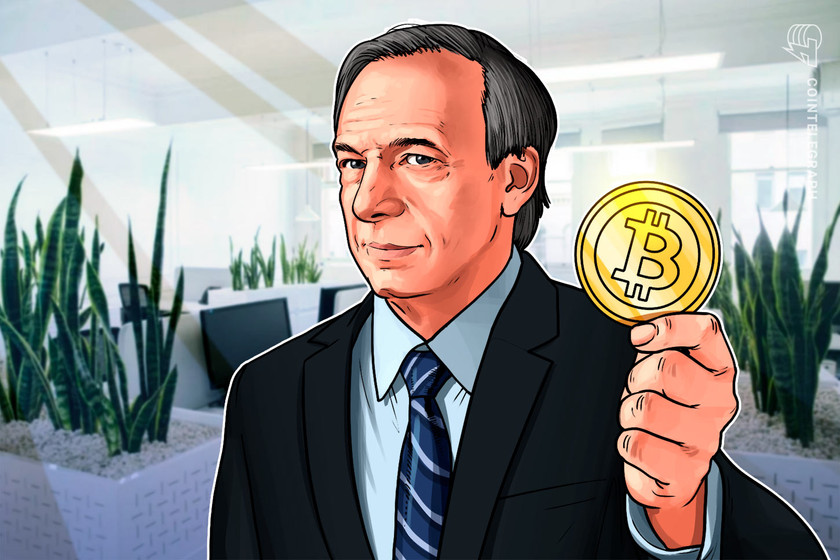 As announced on Oct. 4 on Bridgewater’s corporate website, the firm and Dalio completed the necessary and required legal, regulatory and investor requirements to finish the transition procedure. From now on, the fund will be led by co-CEOs Nir Bar Dea and Mark Bertolini, and a pair of co-CIOs — Greg Jensen and Bob Prince.

One of the most powerful figures in the global financial market, Dalio demonstrated a healthy evolution of his views on crypto. Back in 2017, he called Bitcoin a bubble due to ​​the amount of speculation and the lack of transactions. Three years later he expressed his skepticism once again, saying:

“There’s two purposes of money, a medium of exchange and a store hold of wealth, and Bitcoin is not effective in either of those cases now.”

The turning point of superinvestor’s opinion on crypto is the Twitter thread from Nov. 12, 2020, where, while repeating his previous concerns about volatility, Dalio asked to be corrected if “he’s wrong about these things.” What followed were the explanations from the likes of Meltem Demirors, Zac Prince and Mati Greenspan.

By December 2020 Dalio was claiming that BTC can offer protection against the “depreciating value of money” and in January 2021 he called it an “amazing accomplishment” and one of the few “alternative gold-like assets at this time of rising need for them” in Bridgewater’s note to investors.

While repeatedly sharing his fears that the United States government would take zero tolerance stance toward digital money, Dalio continued to sympathize with Bitcoin, describing it as a superior instrument for saving to the government or corporate bonds. In January 2022, when the shadow of global inflation has already become a hot topic among experts, Dalio listed three primary reasons why Bitcoin, along with gold, could be an inflation hedge: The network has never been hacked; it has no better competitor, and BTC adoption rates would suggest that it could further chip away at gold’s market capitalization.