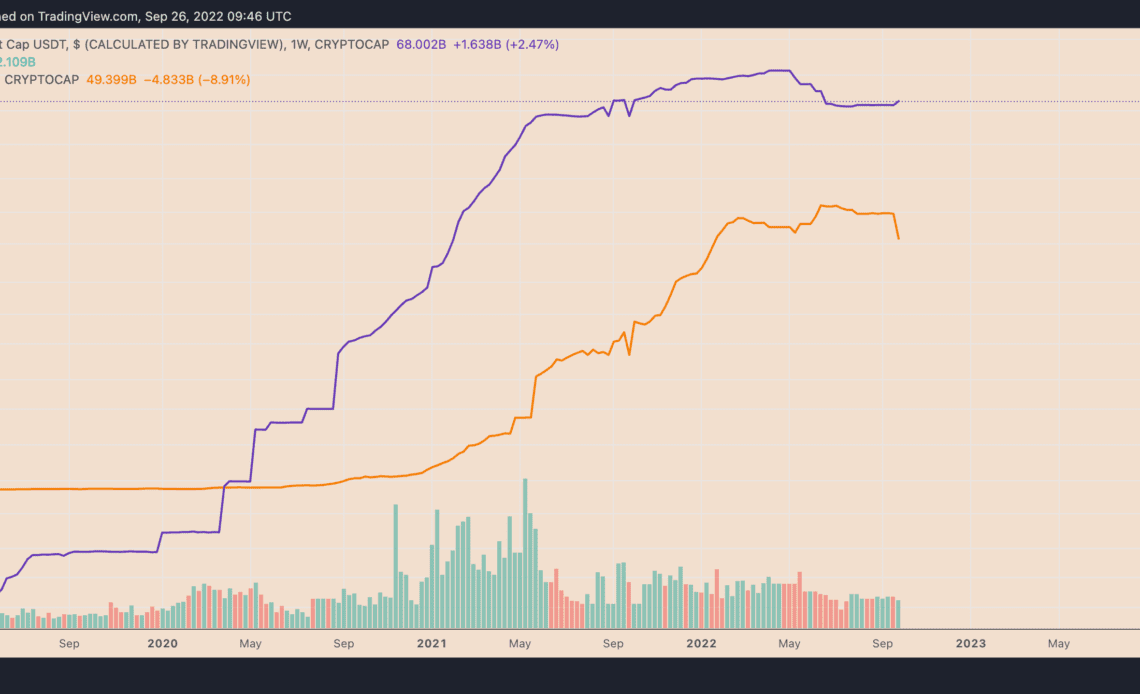 The market capitalization of USD Coin (USDC), a stablecoin issued by U.S.-based payment tech firm Circle, has dropped below $50 billion for the first time since January 2022.

On the weekly chart, USDC’s market cap, which reflects the number of U.S. dollar-backed tokens in circulation, fell to $49.39 billion on Sep. 26, down almost 12% from its record high of $55.88 billion, established merely three months ago.

The divergence between USDT and USDC shows investors’ renewed preference for the former. Let’s take a look at the factors boosting Tether as the top stablecoin.

Binance, the world’s largest cryptocurrency exchange by volume, announced earlier in September that it would convert its users’ USDC balances for its own stablecoin, Binance USD (BUSD). The conversion will commence on Sep. 29 and does not apply to USDT.

The exchange said it wants to “enhance liquidity and capital-efficiency for users” via what appears to be a forced conversion in an increasingly competitive stablecoin sector. As a result, Binance suspended spot, future and margin trading in USDC.

Where is the decentralized future that #Web3 users were promised?

USDC’s market cap has plunged by $9.5 billion since the announcement.

Related: Binance: No plans to auto-convert Tether, though that ‘may change’

The USDC supply help by top 1% addresses (aka whales) has dropped to 88.36% in September from its year-to-date high of 93.84% in February, according to data collected by Glassnode.

Interestingly, the plunge accelerated after Terra, a $40-billion “algorithmic stablecoin” project, collapsed in May, stirring a negative sentiment toward the entire stablecoin industry.

For instance, the total market cap of all stablecoins saw the worst…