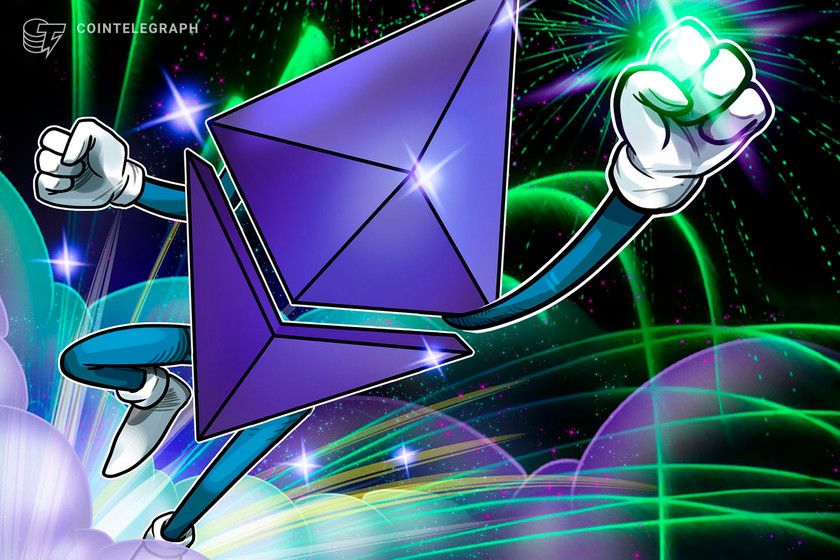 The shedding of Ethereum’s energy-intensive proof-of-work (PoW) system is expected to see Ether (ETH) “flow into the institutional world,” according to a number of fund managers and co-founders.

On Sept. 15, Ethereum officially transitioned to a proof-of-stake (PoS) consensus mechanism, which is expected to cut energy consumption used by the network by 99.95%, according to the Ethereum Foundation.

The upgrade effectively ended the need for the Ethereum network to rely on miners and energy-guzzling mining hardware to validate transactions and build new blocks, as these functions are now replaced by validators who “stake” their ETH.

“The merge will reduce worldwide electricity consumption by 0.2%” – @drakefjustin

In a statement to Cointelegraph, Charlie Karaboga, CEO and co-founder of Australian fintech company Block Earner said the network’s transition to PoS would “drive the future of money to be more internet-based.”

He said that Ethereum would become “the settlement layer that everyone will accept and trust — especially when the spotlight is shining brighter than ever on the issue of sustainability in crypto mining.”

Markus Thielen, Chief Investment Officer of digital asset manager IDEG said that he had been in discussions with sovereign wealth funds and central banks to help build their digital asset portfolios, but direct investment had often been “voted down due to energy concerns.”

But now that the Ethereum network has transitioned to PoS, this issue is much less of a concern, he said:

“While demand has been strong, the missing link has been an underlying zero-emissions, financial infrastructure. With Ethereum moving to PoS, this clearly solves this last pillar of concern.”

Andersson said he believes the 99.95% energy consumption cut on Ethereum would dramatically improve ETH’s ESG score, which in turn would “make it more appealing for institutional investors” over the long-term.

Blockworks co-founder Jason Yanowitz told his 92,900 followers on Sept. 15 that “Green ETH” will be the “best narrative” in crypto’s history, with crypto mining and PoW long plaguing the industry.

Related: How blockchain technology is used to save the environment

Yanowitz noted that until now, the “Bitcoin is bad for…