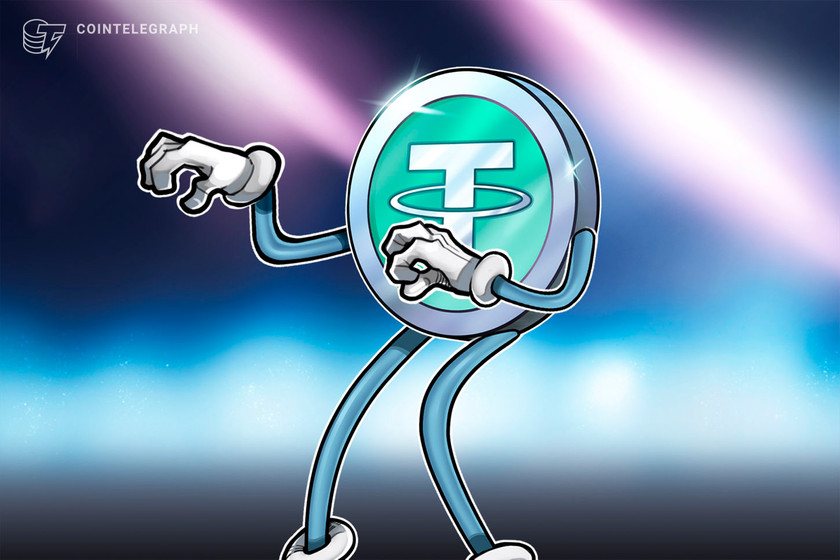 Tether USDT is now live on the Near Network, a smart contract-enabled blockchain platform designed for decentralized applications, Tether officially announced on Monday.

The integration of Tether into the Near blockchain is a major milestone in the firm’s commitment to increase its presence in decentralized finance (DeFi) ecosystems, the firm said. “It will alleviate the potential adverse effects associated with market volatility and accelerate scalability for its users,” the announcement added.

The Near Network is the eleventh blockchain that is currently available for Tether USDT. The stablecoin is now also live on chains like Polygon, Kusama, Ethereum, Solana, Algorand, EOS, Liquid Network, Omni, Tron and Bitcoin Cash’s Standard Ledger Protocol.

At the time of writing, the biggest share of USDT is issued on Tron and Ethereum, with $33 billion and $32 billion of USDT running on the blockchains, respectively. Together, Tron and Ethereum make up more than 96% of Tether USDT issued, according to Tether transparency.

Launched in 2014, Tether was originally launched and issued on the Bitcoin (BTC) blockchain via the Omni Layer protocol, a solution used for building and trading digital assets on top of Bitcoin.

The addition of Near Network to the Tether’s ecosystem comes amid Near hitting a major milestone of 700 projects now building on Near, including the Aurora Network and the Octopus Network. As of July, the Near network’s daily volumes averaged between 300,000 to 400,000 transactions.

“The NEAR ecosystem has witnessed historical growth this year and we believe Tether will be essential in helping it continue to thrive,” Tether chief technical officer Paolo Ardoino said.