Terra back from the dead? LUNA price rises 300% in September 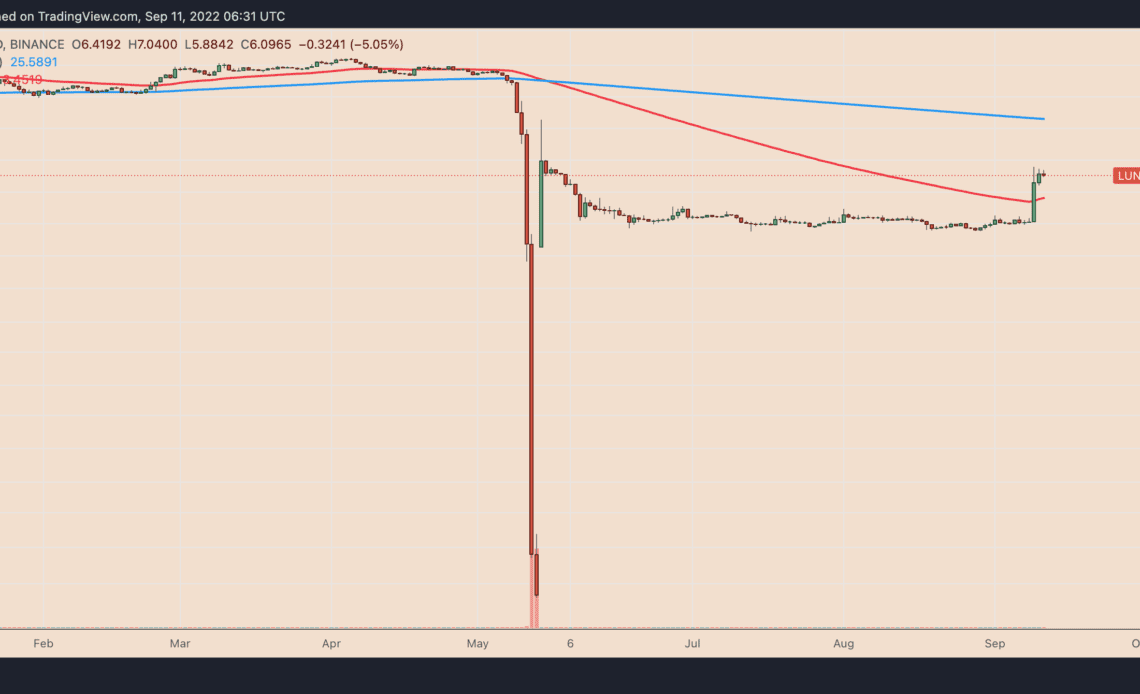 Terra has become a controversial blockchain project after the collapse of its native token LUNA and stablecoin TerraUSD (UST) in May. But its recent gains are hard to ignore for cryptocurrency traders.

LUNA rising from the dead?

After crashing to nearly zero in May, LUNA is now trading for around $6, a whopping 17,559,000% price rally in less than four months when measured from its lowest level.

Meanwhile, LUNA’s performance in September is particularly interesting, given it has rallied by more than 300% month-to-date after a long period of sideways consolidation.

It is vital to note that LUNA also trades with the ticker LUNA2 across multiple exchanges.

In detail, Terraform Labs, the firm behind the Terra project, divided the old chain into Terra Classic (LUNC) and Terra LUNA 2.0 (LUNA/LUNA2).

Terra Classic is the original version of the Terra blockchain, while Terra LUNA 2.0 was created as a part of a regeneration strategy by Terraform Labs founder Do Kwon. In doing so, Kwon and his team periodically airdrop the LUNA2 tokens to users affected by Terra’s collapse.

LUNA/LUNA2 started pumping on Sep. 9, the day on which many things happened inside the Terra ecosystem.

Terra Luna Classic (#LUNC) skyrockets >37,000% since its bottom after the Terra collapse

This comes after a proposal to implement a 1.2% token burn tax on all transactions that will enable $LUNC to become a deflationary cryptocurrency.#LUNC ✨ #HaileyLUNC ✨ $LUNC ✨ pic.twitter.com/oIxI7tqVkW

Second, a self-proclaimed Terra whistleblower, FatMan, reported a suspicious transaction worth 435,000 LUNA2 tokens to Binance, alleging that the sender is TerraForm Labs.

“Was eating lunch [and] saw LUNA2 pump. Checked the TFL Dawn wallet. Sure enough, after months of farming rewards with the airdrop they claim they never received, they sent all 435K available LUNA 2 to Binance just days ago. That’s just one address.”

.@clayop tallied up the numbers – TFL sent a total of $3.9 billion USD (in UST) to exchanges including…