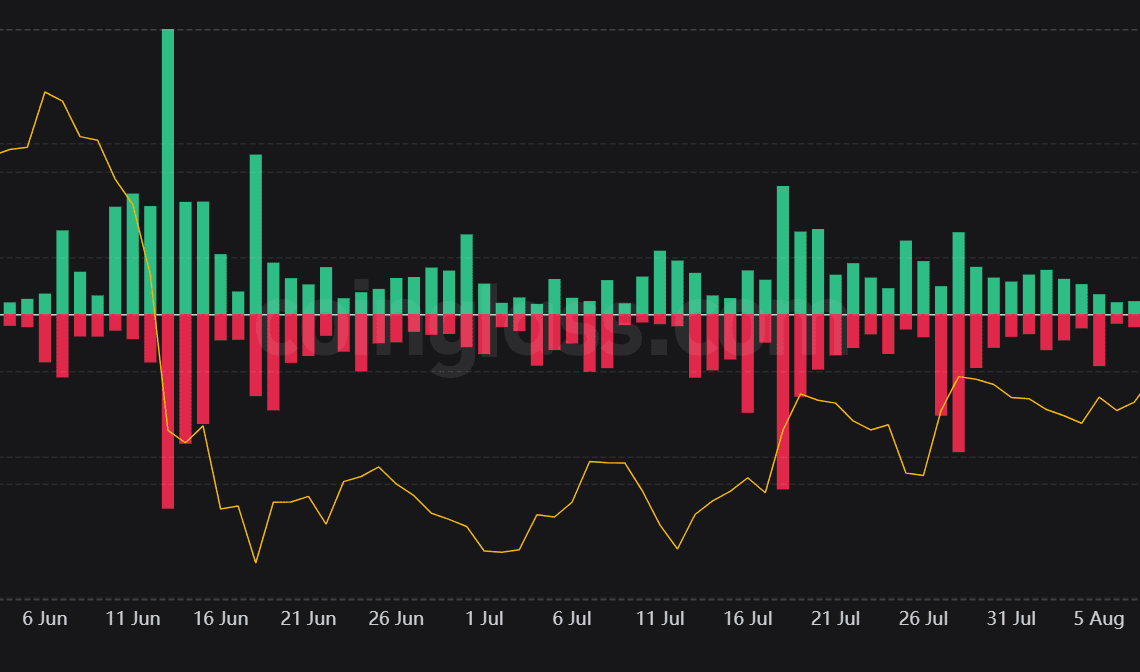 The crypto market registered a major slump on Friday, resulting in major cryptocurrencies losing key support and falling to new monthly lows after a prolonged bullish surge over the past month.

The flash crash after weeks of bullish momentum also saw 157,098 traders getting liquidated in the past 24 hours resulting in liquidation of over $551 million. Data from Coinglass indicate Bitcoin traders lost over $203 million in liquidations, followed by Ethereum traders at $140 million.

The following liquidation chart indicates that the number of liquidated long positions outnumber the short ones by a significant margin, indicating the market sentiment was highly bullish until the flash crash. The value of short positions liquidated was only $41 million against $398 million in long positions.

The sudden plunge in the crypto market is being attributed to the Fed’s expected interest rate hike in September. August consumer price index (CPI) data came lower than expected, leading to a bullish surge in crypto and forex markets alike.

Federal Reserve Bank of St. Louis president James Bullard said he would favor a 75 basis points increase. An interest hike by the fed next month could lead to another downturn. A similar interest rate hike of 75 basis points in June led to crypto market turmoil after an initial price surge.