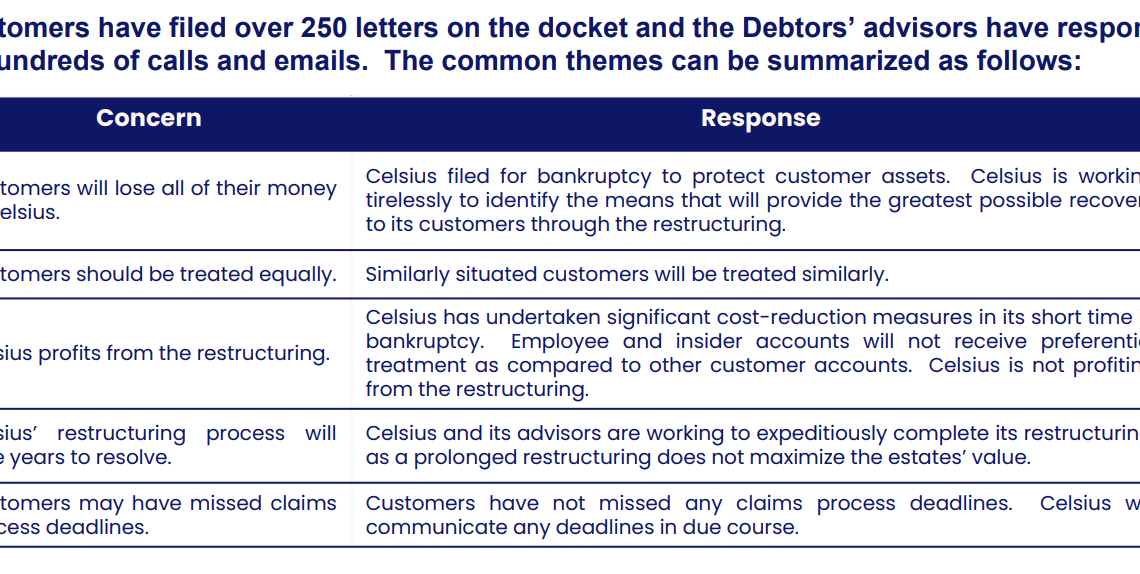 Not even 24 hours after revealing a three-month cash flow forecast that threatens total exhaustion of funds, a New York judge allowed crypto lender Celsius Network to mine and sell Bitcoin (BTC) during its bankruptcy.

Since July 2022, Celsius Networks stands at the crosshair of United States officials after reports of bankruptcy surfaced, which risks losing the live savings of numerous crypto investors.

Last week many got very upset with me as I said @CelsiusNetwork would run out of money & solutions needed to be acted upon faster. I was told I don’t understand Chapter 11. They have now confirmed they run out of money by October. https://t.co/CyzjgKpId7 pic.twitter.com/vBIRIGEmG2

However, Glenn raised concerns related to the immediate profitability of BTC mining as he rightly pointed out the high upfront investments needed for setting up mining infrastructure.

Today, alongside the Unsecured Creditors Committee (UCC), made up primarily of customers, the U.S. Trustee, and a number of other key parties, we participated in the Second Day Hearing where we continued the dialogue around Celsius’ efforts to maximize value for our community.

The recent approval, however, is only limited to mining and selling the mined BTC. The court barred Celsius from selling equity or debt investments in other crypto companies and required the crypto lender to disclose information about the assets beforehand.

The decision to allow a defaulting crypto company to begin crypto mining operations stems from the concerns raised by investors about the unfair outcomes filed by over 250 customers — as shown above.

Despite fears of running out of money by October, the company’s attorney reaffirmed that investing in mining will generate profits for Celsius. The U.S. Department of Justice and the Texas State Securities Board, who previously opposed Celsius’ intent to delve into BTC mining, also withdrew their objection after Celsius clarified that it would only sell the mined Bitcoin for cash.

Celsius also revealed during the hearing that BTC prices have grown by 25% since the company had filed the petition. The final hearing will take…