Worried about inflation’s impact on your retirement savings? Invest in cryptocurrency 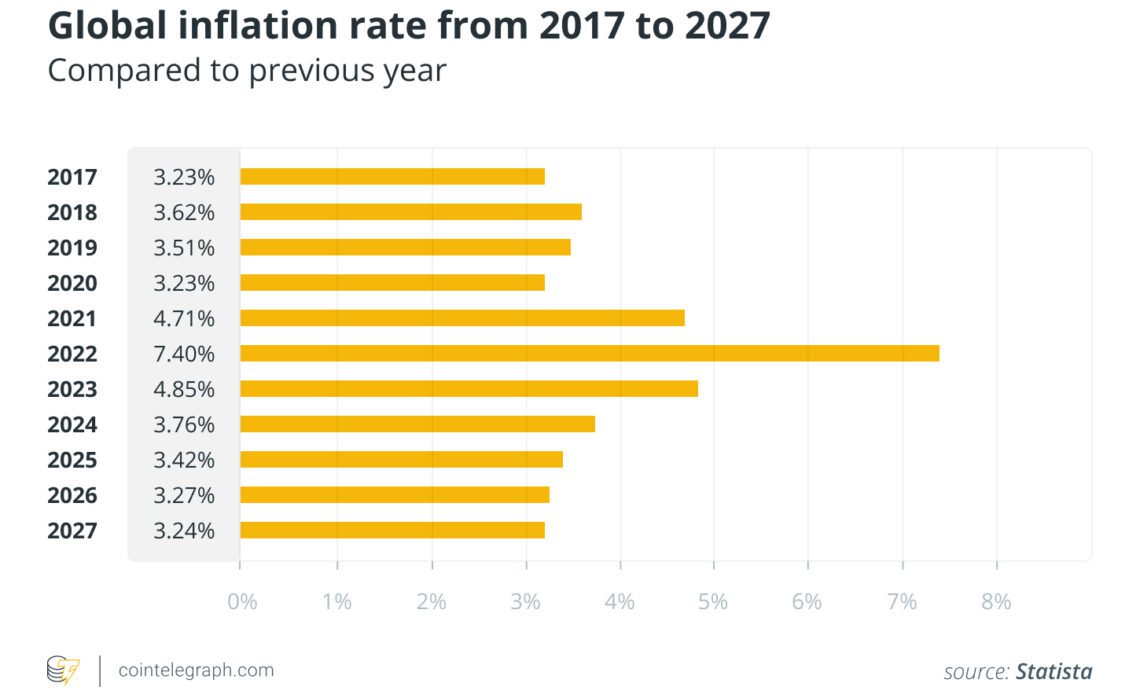 Around the world, personal financial stress is peaking. A recent study in America found that more than three in four people feel anxious about their financial situation. This is seeding anti-risk mentalities and prompting fears around the safety of long-term savings, including retirement funds.

However, that shouldn’t mean hiding money under the floorboards. Nor should it necessarily mean handing over the reins to a low-growth pension fund, which at current rates of inflation, are likely to be losing value. It means being smarter about assessing all options and diversifying. And that requires freedom.

That’s what Alabama Sen. Tommy Tuberville (R)  was advocating when he proposed the Financial Freedom Act in May, which would permit all Americans with self-directed retirement plans to add cryptocurrency to their 401(k)s — a defined-contribution, personal pension account. It was prompted by a piece of regulatory guidance from the U.S. Department of Labor in March attempting to bar 401(k) accounts from investing in crypto.

Too often, freedom is seen as the enemy of stability, when in fact fear is the enemy of stability. And that’s exactly what the U.S. government’s caginess around alternative assets is stirring up. Much of the media has also been quick to jump on the anti-crypto bandwagon. A quick Google search of the coverage of Fidelity’s announcement that they would soon let participants invest as much as 20 percent of their employer-sponsored 401(k) retirement plan in Bitcoin reveals overwhelming negativity, or at least scepticism.

To compound perceptions, many have been further put off incorporating rockstar assets like cryptocurrencies into their pension portfolios following May’s collapse of the Terra ecosystem. Most people just want to have the option to retire comfortably — they’re not planning on buying a yacht or a seat on Elon Musk’s Starship — and they’re worried that digital assets won’t provide the stability and steady interest they need to build a solid retirement nest egg.

Age does not always equal wisdom

While caution in the crypto space is always advised, completely steering people away from considering digital assets in their retirement portfolio is itself dangerous. It’s discouraging people from accessing what could be the solution to a dying system and pension-eroding inflation.

Because, the truth is, the old ways aren’t a safe bet, either. Traditional pension funds are struggling. All but 12 of…