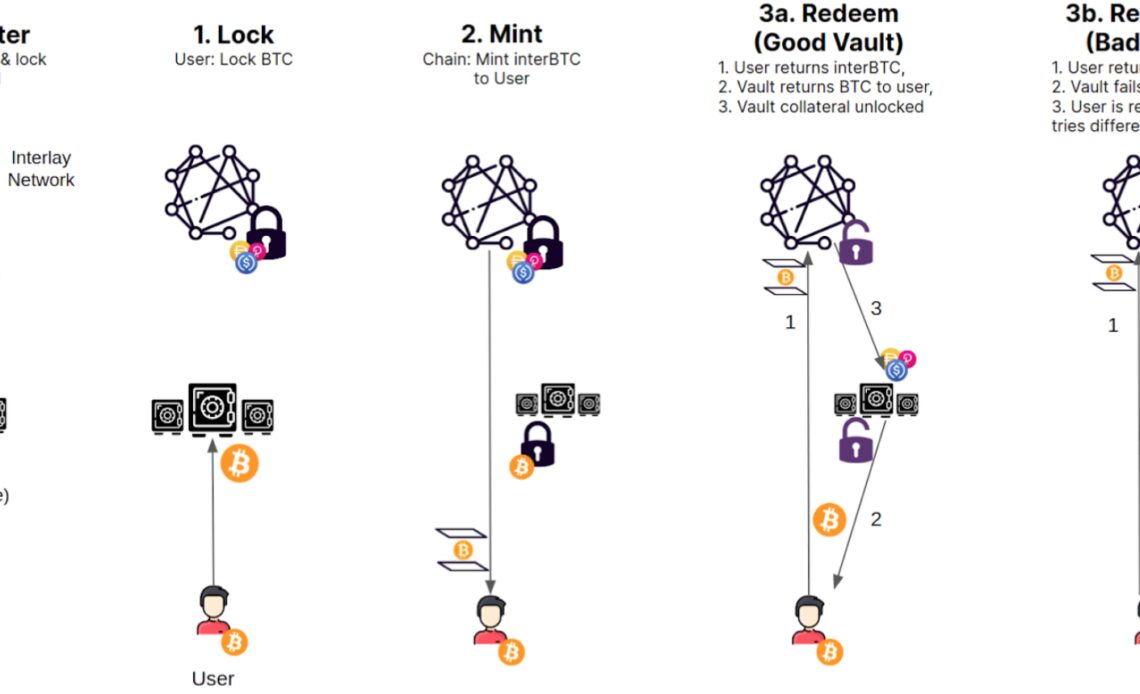 Interlay, a London-based blockchain firm, launched a Bitcoin (BTC)-based cross-chain bridge on Polkadot (DOT). Named interBTC (iBTC), the bridge allows the use of Bitcoin on non-native blockchains for decentralized finance (DeFi), cross-chain transfers and nonfungible tokens (NFTs), among others.

interBTC operates as a BTC-backed stablecoin, secured by a decentralized network of overcollateralized vaults, which according to Interlay, resembles MakerDAO’s DAI token, a stablecoin on the Ethereum blockchain.

The iBTC vaults use mixed-asset collateral to insure BTC reserves, making iBTC redeemable 1:1 with BTC over the Bitcoin blockchain. As a preventive measure during unforeseen vault failure, the collateral is programmed to get slashed and reimburse the BTC depositors. Sharing the thought process behind the initiative, Interlay co-founder and CEO Alexei Zamyatin stated:

“Bitcoin is the driving force behind global crypto adoption, while Polkadot, Ethereum & co. is where technological innovation is happening. With interBTC, we combine the best of both worlds while preserving the trustless nature of Bitcoin.”

Interlay’s announcement also highlighted Ethereum co-founder and Polkadot inventor Gavin Wood’s vision of creating a fully decentralized Bitcoin bridge on Polkadot, which was made possible by interBTC. Acala and Moonbeam will be the first DeFi hubs to host iBTC’s debut, which will be supported by a $1 million liquidity program offered by the Interlay network treasury and partner projects.

The roadmap for iBTC involves being available on other major DeFi networks, including Ethereum, Cosmos, Solana, and Avalanche.

Kunz disclosed that 1inch is actively looking to partner with Asia-based Web3 companies despite the small DeFi market in Korea and Asia, adding that:

“Here, there are a lot of people who like gaming and a lot of things like that, so I think the DeFi market can grow a lot in South Korea.”